2017 has undoubtedly been the best year of Redeeming Culture yet; we’ve had so much great collaboration and discussion, I’m so proud of the work we’ve done, and I’m very excited about the future. I hope you’ve been blessed by what we’ve written and said this year; as usual, we’re going through our most memorable moments of the year to celebrate the end of 2017. Let us know if you’ve missed any of these posts!

(note: to be considered for this list, the post in question must have been put up on or after January 1, 2017. For last year’s featured posts, check out 2016’s year in review post or look through the archives.)

Fan favorite Trektember came back this September to examine our favorite episodes from Star Trek: The Next Generation. And this year, our crew expanded as we welcomed guest writers from all across the culture-redeeming quadrant! We even had a behind-the-scenes series running concurrently, discussing the history of the show and looking at what we could learn from it. Trektember is a lot of fun, and it’ll definitely make a reappearance in 2018.

The Protestant Reformation reached the ripe old age of 500 this year, and we celebrated it the best way we know how: with a miniseries explaining some of the core doctrines of reformed theology via Lord of the Rings. We examined Sola Fide, Sola Scriptura, Solus Christus, Sola Gratia, and Soli Deo Gloria by looking at Denethor, Théoden, Aragorn, Galadriel, and the Witch-King of Angmar. It’s not as long as the extended versions of the films, and hopefully it’s half as fun.

The Truman Show: Empathy and Reality

Our first contributor, Abigail Kiel, made her triumphant return with a beautiful and thoughtful piece about the false reality we’re presented with and what it means to love in the real world. It’s the most-liked for a very good reason.

Hoo boy, did this ruffle some feathers on Facebook! I think we got more comments about this article (at least by the title alone) than anything else. While we’ll freely admit that the title might have been a bit oversensationalized, this article still has some things to say that Christian filmmakers need to grapple with.

In the first post of our Harry Potter duo, we looked at the late-90s boycott by churches across America of Harry Potter and the Sorcerer’s Stone, using it as a way to examine what the proper way to reject culture is. But that wasn’t all!
Redeeming Harry Potter

Then we put our money where our mouth was. The Potterverse is rife with redeemable story points, you say? Prove it! So we did. We ran down, briefly, what each book was about and pulled out some spiritual redemptive themes to discuss as you go back through the series yourself. We know you do it. 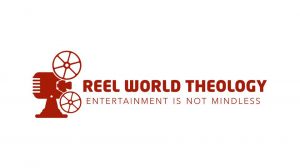 Ryan and David both made guest appearances over on the Reel World Theology podcast this year, but Ryan was first, appearing with Mikey and Scott in June to talk about Pirates of the Caribbean: Dead Men Tell No Tales. We’ll both be back again, I’m sure; so make sure you subscribe to their podcast, too!

As before, we can’t let this year’s recap post go by without mentioning all of our great staff and contributors to Redeeming Culture. Our list is getting longer all the time!

Check out the archives for all of their excellent work.

The Doctor from Doctor Who is a woman now? Is that possible? Is that good? We unpack the implications in this short little podcast that’s still not getting as many episodes as I want it to have.
Tale as Old as Time (and bonus article)

The Disney classic finally got its day in the Redeeming Culture sun. My sister was thrilled, and I really enjoyed it too.

Do Not Read This Article

Way back at the beginning of the year, Netflix released their take on Lemony Snicket’s delightfully macabre A Series of Unfortunate Events. Our take on it was full of loss, life, and expectant purpose, a word which here means “click the link and read the article!”

The Last Jedi: The Last Straw

The ink’s barely even dry on this one. Ryan uses the controversy about Star Wars: The Last Jedi to talk about The Backfire Effect and what it means for your life when core beliefs go down in flames. Or, rather, down in turbolaser fire.

The Girl and the Golden Calf

This year, I became a father again; this time, to a little girl for whom I have many hopes and dreams. She’s living up to all of them. I wrote a bunch of them down in The Girl and the Golden Calf, which went up around the same time as the statue of a girl I’m calling Auda went up to challenge the famous Wall Street bull. It’s my favorite post of the year, and I hope you agree.

As with last year, we hope you’ve received the hope of the Gospel of Jesus Christ from us in 2017, and we look forward to ministering to you further in 2018. We have plans and machinations waiting to be unfurled for you! Also as with last year, our readers are still the best blog readers on the planet, and we continue to thank you for joining us on our mission to give glory to God through media and culture.

Next article #157 - Three Billboards Outside Ebbing, Missouri and Righteous Anger