Well, 2016 is in the record books now. A lot of posts have gone up this year, and we’re so unbelievably thankful for each and every one of you. We’d like to take this opportunity to look at some highlights of this year in Redeeming Culture.

(note: to be considered for this list, the post in question must have been put up on or after January 1, 2016. For last year’s featured posts, check out 2015’s year in review post or take a scroll through the archives.)

Star Trek reached a landmark fifty episodes this year. To celebrate, we wrote an article about every episode of Season 1. Every episode. One a day, for the entire month. It was a lot of work, but a lot of fun; keep a lookout for another Trektember event for The Next Generation‘s thirtieth birthday in 2017!

We kicked off the new series Tough Passages this year, looking at some of the most difficult verses in the Bible and showing how – far from being an embarrassment to Christians – they actually point to the goodness and grace of God. We’re excited to be continuing the monthly series into 2017 as well. 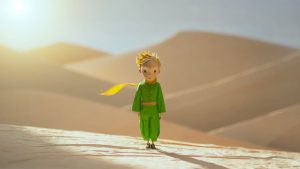 The beloved French classic made his big screen debut…on tiny screens. Netflix released this beautiful film in 2016, and it had a lot to say (as it always has) about God in the wondrous and incredible.

The One We Spent The Most Time On

A Kilogram of Love

Not long after I started working on Redeeming Culture, I began a list of topics I wanted to write about. One of my first ideas was simply “le grand k and God Is Love.” That’s it. I knew there was something there, I just couldn’t get it out. But it’s finally out!

3D: Star Trek and Beyond

After a long, inadvertent season break, 3D returned to form! Ryan and I (David) geeked out and reveled in the nerdery of the latest Star Trek film. We had a great time talking about it; hope you had a great time listening to it. 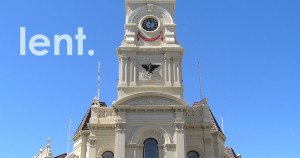 With Ryan as a full-fledged member of the team now, our best guest post award has to go to an entire month of posts by Lee Hinkle, whose dedication and devotion to a daily devotional for Lent 2016 was a huge inspiration for Trektember. It’s an excellent devotional, and one to follow closely every Easter season.

We can’t let this year’s recap post go by without mentioning all of our great staff and contributors to Redeeming Culture. You’ll see a full staff page in the coming days, but we want to thank them here:

Check out the archives for all of their excellent work.

Fear, Folly, and the Lesser Evil 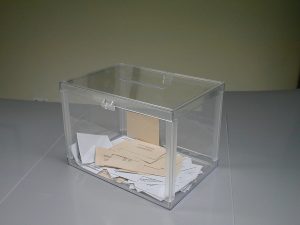 How should Christians vote? Should we (and CAN we) reasonably vote for a “lesser evil,” or cast a vote for someone we are disgusted by to prevent the rise of someone we are terrified by? This post examined those questions.

This series isn’t dead, just on hold. Our second episode of new shortform podcast “Trending On” was a brief look at the smash-hit mobile game Pokémon Go; it was a lot of fun, and hopefully helpful. (I’m still playing the game, too!)

A Link to Eternity 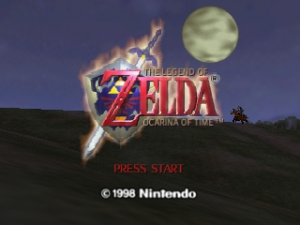 Ryan joined our team with a real bang this year with a strike from the Master Sword. This examination of one of the greatest video games of all time was clearly a labor of love, and we love him for it. It’s our most-read article for very good reason, and my favorite of 2016.

We know 2016 was a tumultuous year. We hope you’ve received the hope of the Gospel of Jesus Christ from us, and we look forward to ministering to you further in 2017. Our readers are the best blog readers on the planet, and we thank you for joining us on our mission to give glory to God through media and culture.

Next article #121 - Manchester by the Sea and Agents of Grace