The Last Jedi: The Last Straw
December 27, 2017 by Ryan Earnhart

In light of the 52% audience score on Rotten Tomatoes for The Last Jedi, as well as the Change.org petition to remove the film from the Star Wars canon and shoot a new episode VIII to replace it, I believe it is time to look at how we digest culture; in particular, culture we don’t like or agree with. Take a moment to read this comic from The Oatmeal’s Matthew Inman about challenging belief and the “backfire effect.”

So, having checked all the sources, and agreeing with the premise and interpretation of the study relating core beliefs to “backfiring” behaviors, it stands to reason that the audience members upset about the new Star Wars film have had some of their core beliefs questioned. From what I can gather, the main issues that fans of the franchise can’t deal with are:

…and there were other complaints, but none I can see would be in “core belief” territory; just preference and criticism.

Let’s look at what the movie did that attacked some core belief of the audience. I’ll get to that first core belief (about Luke being the hero) last; first, Leia flying through space. 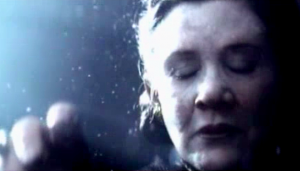 Leia was already shown to be Force-sensitive, while talking with Luke telepathically; but we hadn’t yet seen her move anything or wield a lightsaber or other Force-y things. Although it makes sense that she could’ve learned any number of Force actions during the leap in time from the original trilogy, we had not seen any confirmation yet. So parts of the audience thought that moving things and doing the “flashier” stuff was more special, and that she shouldn’t have been able to do it in the first place. The other (seemingly bigger) portion find it ridiculous that she could use the Force to look like Mary Poppins getting back inside the starship Raddus.

If this wasn’t a core belief, I might mention that moving things on a planet, where gravity is a concern, could make it really easy to move yourself in space where there is no gravity. Plus, we’ve seen Jedi do things like “Force Jump,” “Force Push,” telekinetically move objects around in the air; so it didn’t seem like a deal breaker to me, just a clever use. 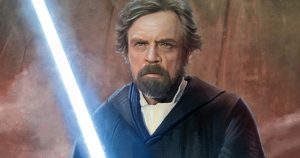 The next core belief seems to dislike the idea of a Force projection. There have been many variations of this in the previous stories surrounding Jedi and the Force: Force ghosts like Obi-Wan, Yoda, and even Anakin, for instance. There have been life-like visions similar to what Luke experienced in Dagobah, fighting himself in a Vader suit. And Force-users have held conversations with people they can see, across great distances, without help from technology.

Again, I won’t dissuade anyone who holds this as a core belief, but it could have been Yoda, sitting nearby, that projected something other than himself in the cave for Luke to face in The Empire Strikes Back, so this may not even be the first use of the Force in this manner. Barring even that possibility, it still seems like a next step in the evolution of using those same Force powers.

Death of a Hero

Going along with that one: Luke dies shortly after using the projection to stall for the rebels. He doesn’t die by lightsaber or explosion, but peacefully and without leaving a corpse like Obi-Wan and Yoda before him. Obviously, the audience couldn’t be upset about him dying in that manner, since it has happened multiple times in the history of the franchise. 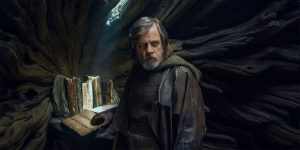 But the part that the audience seems hung up on is a hero dying alone on an island, having not completed a quest to cleanse the universe of the Dark Side. Luke was triumphant when last we saw him (well, when last we heard him, at least), having bested the Emperor and turning Darth Vader back to the Light Side of the Force before it was too late. Maybe fans would have been happier if he killed Snoke, or set up another new Jedi temple and started teaching again, or a million other things. They just couldn’t bear to watch him die like this, just stalling for the rebels to escape. He didn’t defeat even one enemy, much less two of the most powerful villains to grace the silver screen. It felt anticlimactic, like Boba Fett’s death in Return of the Jedi. He deserved better. 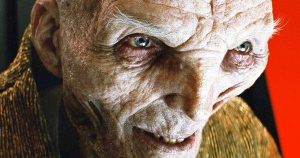 Luke wasn’t the only major character to die: Snoke was cut in half by his apprentice. For two years people have been theorizing: who is this new character that will be this trilogy’s Emperor Palpatine? Then, before we learn hardly anything about him, he dies. No fanfare. No epic fight with force lightning. Just trickery from his apprentice. Again, to be fair, Emperor Palpatine had no real backstory either in the original trilogy. We just knew to fear him because even the terrifying Darth Vader was subservient to him. And as for method of death, he was thrown down a big hole. So it kind of echoes previous story mechanics pretty closely; but still, a core belief that Snoke would have rich backstory and show himself more powerful was dearly held and shown to not be true.

And finally, the nail in the Millennium Falcon shaped coffin: Luke thought about killing Kylo Ren. He had frightful feelings and visions about Ben Solo becoming an evil monster of the Dark Side, and he knew firsthand what kind of havoc that could wreak on the galaxy. A possible solution he had one night was to kill before Ben had a chance, but he quickly regretted his own thought process; though not before ruining his relationship with Ben and causing the very thing he feared would come to pass. 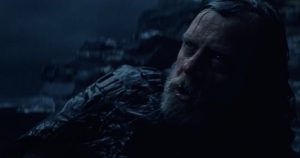 It is difficult to see your heroes fall; and the greater the hero, the deeper the hurt. Luke was the symbol of light defeating the dark, the evil. Now they present him as doubting whether he and his order of Jedi were actually right at all. Then we see a moment of weakness, and the hero is too human.

Looking back, we have seen Luke get angry enough to try and kill the Emperor, and attack Vader at the mention of turning Leia to the dark side. It’s not until he cuts off Vader’s hand that he remembers that he’s the good guy, and this isn’t how the Light Side of the Force works. In the flashback to that night, it shows that he may have kept some of his original tendencies, even though he has still grown as a character.

Sorry, I don’t mean to trigger more “backfiring,” but for those who read the comic and are willing to try listening, maybe it will ease some of that amygdala’s tantrum and let you enjoy the new Star Wars film a little bit.

So what can we learn from these rabid fans who are ready to lynch a director and burn down the studio that ruined their beloved movie saga?

First, know that it is ok to freak out when a core belief is attacked; just try to think before you get violent. Our own savior (and the ultimate hero) Jesus had his own freak outs when his core beliefs were attacked: for one, he believed that the religious leaders of the day should actually care about their followers and teach by example. When they didn’t, he called them names and humiliated them in front of crowds of people. He also believed that the temple was meant for worship and communion with God. When he found people engaged in systematic fleecing of worshippers to get their money, instead of reverence and instruction, he freaked out, throwing tables and getting violent with a whip, running off dirty crooks that were defiling the temple courts by lying and stealing.

Second, for the believer, it’s more difficult than just stopping, having an internal freak out, and then listening, as Inman notes in the comic. No, we must freak out, then run to scripture and see what it says, then pray for guidance and discernment and wisdom, then listen; and, depending on what would glorify God the most…we must do that.

It’s not our core beliefs that we’re fighting for—it is someone’s much greater than ourselves.

For some of us the hardest part would be to do nothing; for others of us, we’d rather die than fight or speak out against someone else. But it’s not our core beliefs that we’re fighting for—it is someone’s much greater than ourselves.

I hope you enjoyed the new movie; if not, let me know why in the comments. May the flame wars burn themselves out, and may God be glorified in all your freak outs. God bless, and may the Force be with you.

Thanks for reading Redeeming Culture, no matter how you felt about The Last Jedi.

Next article Oh! The Horror... | of the Coming