What a year!  Redeeming Culture’s first full calendar year.  We’ve made 67 posts this year; let’s run down some highlights, shall we?

(note: to be considered for this list, the post in question must have been put up on or after January 1, 2015.  For last year’s posts, check out 2014’s review post or the archives!)

The Redeeming Culture Podcast launched in May with Ryan and David discussing Marvel’s Avengers: Age of Ultron.  Since then, we’ve released one new episode a month about some great (and not so great, and even downright legendary) films.  Even if you haven’t liked them, I think we’ll keep making them because we do.

Refugees from the City of Light

This past November was quite a kick in the gut.  It just seemed like things kept on getting worse.  And with people desperately trying to escape horrible situations, we felt we had to respond.  People need our help.  We can’t just stand by.  God does not leave that option open to us.

The One We Spent The Most Time On (Tie!)

Awake, Thou That Sleepest

I’d been working on this one for a really long time – months, in fact – before it was finally fit to post.  But I hadn’t been thinking about it for quite as long a time as…
The War on Christmas

That’s right, a post from this past Monday made the recap article.  This one had been in my head for over a year by the time it was finally written and posted.

So, wait…heaven is like…being crammed in a car for hours and hours?  No, of course not.  In this post, we examined my own particular view of what heaven will be like, and the adventure of following Christ which begins right now and ends in eternity.  I still chuckle when I think about this one.

The Author of Suffering 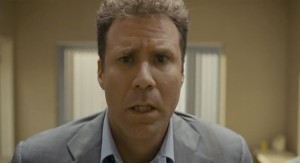 This one is easy, since we only had one guest post this year – but it’s a great one.  Ryan makes his debut on Redeeming Culture with a companion piece to 3D Podcast #4, which was about the Will Ferrell film “Stranger than Fiction.”  Ryan explored the parallels and differences between Harold Crick’s author and the author of a familiar character from the Bible.

Some sweet GIFs and witty repartee grace this post, which is a revisit of a post that was already a revisit of the very first time I actually Redeemed Culture in public, almost five years ago (more on that in January!).

This summer saw a strangely large number of flag-related news on Facebook.  This article (and its sequel, Flags over Facebook 2: The Blazing Center) delved into the controversy between the Gay Rights flag, the Confederate flag, the Christian flag, and the American flag.  What a crazy July we had.

The Rise and Fall of Mars Hill Church

We’re coming up on the one-year anniversary of Mars Hill Church’s final (and tragic) shutdown as a church in Seattle.  We examined the history of the church and its founding pastor, Mark Driscoll, in this article from last January.

2015 has been quite an eye-opening trip for us, and we’re still just getting started.  More articles, podcasts, and more will be coming in 2016, by the grace of God.  We appreciate each and every one of our readers – this blog is meant to give glory to God, and we appreciate all of you joining us on that mission.