Deep in a vault in the Paris suburbs—behind three different keys, a climate-controlled safe, and two nested glass covers—sits a fist-sized piece of metal that weighs exactly a kilogram – and always has. 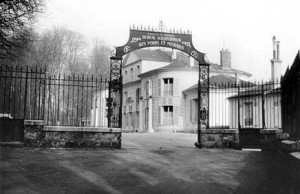 How has it remained so perfectly weighted?  Because this silver-colored cylinder is not just a perfect example of a kilogram.  It is a kilogram.  It defines the measurement.  No matter what happens to that little ingot, called the International Prototype Kilogram or “IPK”, it will always weigh exactly one kilogram.  If a sliver of this iridium/platinum cylinder is lopped off, or a chunk welded on, the definition of a kilogram will change and balances everywhere around the world will have to be thrown away or recalibrated.

Time to buy stock in a company that makes scales.

The IPK (or “Le Grand K,” as the French call it) is the only Metric base unit that’s still defined by a physical object.  Since 1973, the meter, second, ampere, kelvin, mole, and candela have all been redefined by fundamental laws of the universe.

One of the Bible verses that a lot of people know is “God is love.”  You can find it in 1 John 4, where the phrase is repeated in verses 8 and 16.  And while a lot of people see this and think that it means that God can be described by the word “love,” it’s really the other way around:  The word “love” is described by God.  He’s perfectly loving, yes, but loving isn’t just one of His traits; He defines it.

Put simply, “love” is whatever God does.

Put simply, “love” is whatever God does.

I mentioned above that the IPK was beneath two glass barriers, in a climate-controlled safe, all of which is behind a triple-keyed door in a vault deep underground in the outskirts of Paris.  It’s very well protected, and for good reason.

See, the silly scenario I mentioned above (in which the IPK changes and the whole world has to update their definition of “kilogram”) isn’t all that ridiculous.  Since the definition of the kilogram rests on that chunk of metal, it has to remain stable, or the definition will change.

Thankfully, the definition is pretty stable.  If you pay for a kilogram of meat, you can be fairly assured that it’s actually a kilogram and the butcher isn’t cheating you (or if he is, it’s not because the definition of a kilogram suddenly changed).

Again, that’s true of love, too.  The fact that God defines love, and the way that He defines it, are thankfully both covered by the assertion of the author of Hebrews that “Jesus Christ is the same yesterday and today and forever.” (Hebrews 13:8, ESV)  While the whims of our own hearts and minds, the people around us, and the culture at large may change their interpretation of love, God’s definition remains stable.  God is love…eternally.  That’s why we have to calibrate to Him; lesser calibrations will fail us. 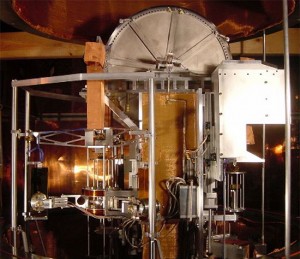 And lesser calibrations are nothing to sneeze at.  In fact, to ensure that the IPK remains the same weight forever, it undergoes what’s called “Periodic verification” every fifty years, checking its weight against about 100 IPK copies kept around the world which are brought together, cleaned, and compared – a process which has given rise to a scientific mystery.

See, unlike God, the IPK has been changing.  For a reason no one has yet been able to understand, the kilogram has lost almost 50 micrograms of mass since it was created – an amount smaller than the smallest grain of sand, but measurable.  If this continues, scales will be wrong in the future…unless we redefine the kilogram in terms of a fundamental law of nature, like the meter and liter before it – abandoning the IPK for a new definition, something consistent that cannot change.

In our culture, love can mean anything from tolerance, affection, affinity, or affiliation to acceptance, sexual attraction or devotion.

The definition of “love” has been changing in our culture, too.  It can mean anything from tolerance, affection, affinity, or affiliation to acceptance, sexual attraction or devotion.  And this changing definition would force a change in the way we operate as humans – except that we have a constant and consistent definition that never changes.  Like the kilogram, defining love as anything temporary is folly; so we must base our definition on an immutable law of the universe – God Himself.

A Kilogram of Love

So if the definition of “love” is based on God, how does that look?

Well, we can answer that question by finding out what God does.  And the most important, most universe-shattering thing that He ever did is described in Romans 5.

One will scarcely die for a righteous person—though perhaps for a good person one would dare even to die—but God shows his love for us in that while we were still sinners, Christ died for us. Since, therefore, we have now been justified by his blood, much more shall we be saved by him from the wrath of God. For if while we were enemies we were reconciled to God by the death of his Son, much more, now that we are reconciled, shall we be saved by his life. More than that, we also rejoice in God through our Lord Jesus Christ, through whom we have now received reconciliation.

Love is laying down your life to save another.  Love is God, coming to Earth and dying for people who hated Him.  Love is sacrifice, especially when it isn’t deserved.

And that love will never change.

Science isn’t opposed to God; we’ve discussed how it reveals His glory before. Click here to see our other science articles.  And thank you for reading Redeeming Culture!

Next article Reviewing the Classics| M