Never Cruel or Cowardly: Doctor Who, Part I
February 15, 2017 by David Atwell

The Doctor is a pretty singular character in science fiction. The dapper British alien has captured the hearts of fans for over fifty years, and the love people have for him jumps right over the border of “Fandom” and into “cult” territory. People really love Doctor Who. Everybody wants to be his companion, following him around to every amazing thing in the universe. And it’s not hard to see why.

The past and the future are just other places to him, because he’s been there.

The Doctor is not just a time traveler. He’s transcendent. He exists beyond time and space, having seen the beginning and the end of the universe. He’s anachronistic by nature; he doesn’t know everything, but he knows a lot – often just enough to cause a large amount of trouble. The past and the future are just other places to him, because he’s been there. 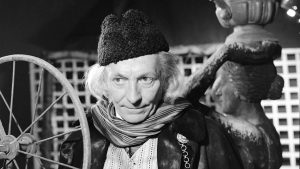 On one level, this is a brilliant storytelling conceit; the writers of the show can tell a story in literally any setting they like. But on another, this appeals to us dearly; who wouldn’t love to be friends with someone who can tell them about the future from experience? What sane person would be bored by a man who can take you back in time to see where everything came from, or forward to see where it’s all going? I know that if I had to choose a tour guide, he’d be the one.

But he’s more than just a tour guide.

“The Doctor” is a strange name for a time-traveling space alien, especially one without any particular formal medical training. In fact, the show presents him as doing shockingly little doctoring.

He is a catalyzer for people’s best selves, and as such, defines the term “doctor.”

But the show does go out of its way to suggest that maybe the word “doctor” came to our language from him – that we hold that word in high esteem because of the Time Lord who chose that name. River Song praises him for it. The Master mocks him for it. And it’s all because of his true effect on the universe: not just that he saves it, but that he makes the people in it better. His friend River Song says, “we got that term from you;” that is, we use the word “doctor” to mean “someone who makes people better” because he makes people better. Not healthier, but better. He is a catalyzer for people’s best selves, and as such, defines the term “doctor.” 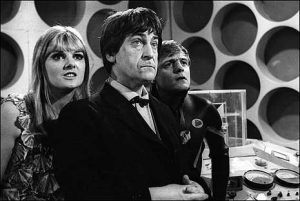 We love him because he knows the people who come with him better than they know themselves; he knows that they have a great deal of possibility within them, and demands that it come out. He knows that it can, and demands that it should, not settling for less. The Doctor is supremely demanding, to the point of “wringing out” his companions. This is no sadness; they (and the world) are better for it, but life in the Doctor’s TARDIS is far from safe.

His companions aren’t the only ones in danger, though.

Just this once, everybody lives!

If there’s one thing that Doctor Who makes clear, it’s that saving the day is a key part of what it means to be the Doctor. Saving the day, his friend, the world, the universe—name something in existence, and he’s probably saved it. He’s a phenomenally salvific force, and we love saviors.

Name something in existence, and he’s probably saved it.

And it’s not a disconnected salvific force, either; the Doctor has a profound love, in his own way. He would rend the very fabric of the universe to save his friends. (Would?! What am I saying—he has done that.) The love he has for the people he’s chosen to bring aboard his amazing spaceship is profound, and the rage he exudes toward anyone or anything that would hurt them is terrifying.  His enemies call him “the oncoming storm” because of how inevitable and terrifying it is when he sets you in his sights. 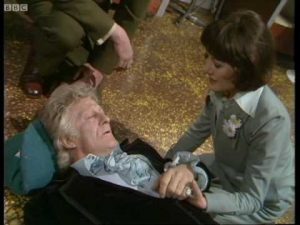 It’s a love that drives him to the other extreme, too; he voluntarily offers up his life for his friends, several times. The moment that stands out to me is when the Tenth Doctor’s love pushes him to step into the radiation booth to save his friend Wilf from a deadly dose of radiation, laying down his tenth life for another.

He is certainly worthy of the stories told about him.

We’re all stories, in the end

“I hate good wizards in fairy tales.  They all turn out to be him“

Speaking of stories, I think we love the Doctor because he is so drenched in destiny. Prophecies surround him, long-told legends, the wisps of the future and the remnants of the past. By virtue of the show’s core conceit (namely, time travel), we hear about those stories a lot; River also says of stories, “I hate good wizards in fairy tales.  They all turn out to be him” – that is, the Doctor himself. 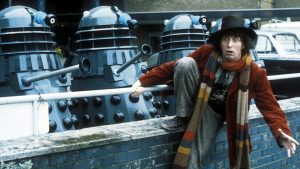 Actually, maybe “destiny” is the wrong word. It’s not really “destiny.” It’s just that – as the first point notes – he’s transcendent. So not as much destiny or prophecy, but the fact that he’s already been to those places.  He’s already seen what happened, or others have seen it for him, and the actions he takes echo throughout the universe; into both the past and future.

Either way, he clearly does incredibly important things. And he brings his companions along with him, to see and to help.

We love the Doctor because his greatest qualities have been set upon our hearts – signposts to point us to Jesus.

There’s a bigger reason that covers all the reasons I’ve mentioned for why we love the Doctor, though. See, whenever we feel love or awe for the Doctor, that’s when he’s the most like Jesus. That’s why we love him! 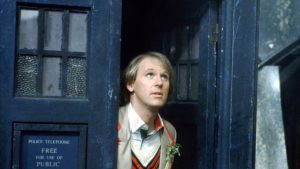 We love the Doctor because his greatest qualities have been set upon our hearts – signposts to point us to Jesus. We don’t have to be Christians to feel that pull; Jesus gave us those desires in the very core of our being.

That’s how we seek God in Doctor Who: look for the places where we’re drawn to Jesus. Because in our desires, we can see what God made us to need, the perfection He sent us to strive for.

There’s something that doesn’t make sense. Let’s go and poke it with a stick. 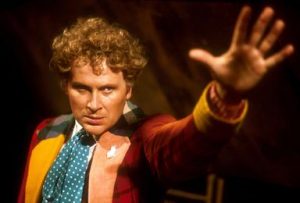 But wait. Not everything about the Doctor is like Jesus, right? What about how much he needs his companion, or his inconsistent personality from one incarnation to the next?

The Doctor is a pretty massive topic to tackle all at once – so we’re splitting this up into two articles. In the next one, we look at how the ways we pity the Doctor can also point us to Jesus – in a very different way.  Geronimo!