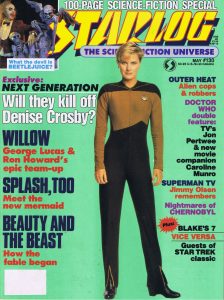 In an issue of Starlog published mid-season, Denise Crosby said, “Tasha’s being killed off? I know I’ve been complaining about Tasha being more involved in what was going on, but I don’t think things have gotten heated enough to where they’ve decided to kill me off…I’m not really worried about Tasha getting knocked off… at least, not so far.”

Four months later, she was explaining in the same magazine why her character had been killed off, which turned out to have been something she had requested herself. “I was getting concerned with the fact that I was just standing in the background with nothing to do. Over the course of the first season, the episodes ‘The Naked Now‘ and ‘Code of Honor‘ were the only two episodes in which Tasha had anything in the way of a storyline that gave me any kind of acting challenges. I had, for all intents and purposes, been relegated to the role of a glorified extra…With the exception of Patrick Stewart, Jonathan [Frakes] and Brent [Spiner], the whole cast has complained at one time or another. It had basically become a situation where everybody was fighting to keep their characters alive and interesting.”

So she asked Roddenberry to be let out of her contract. “He knew, on one level, that the show was going to be in trouble with nine principal actors to write for. He knew Star Trek was not like L.A. Law, with four or five subplots in each episode. He wanted to stick to the formula of one or, at most, two storylines per episode. …Gene said he loved Tasha and what I was doing with her. He wanted me to stay on, but couldn’t justify it if I wasn’t happy. Gene was so understanding that it made the whole situation even more sad.”

It was Roddenberry who decided to kill her off in Skin of Evil, rather than have her character assigned to another ship, or left on some planet with the new love of her life. He discussed it with Crosby herself. It wasn’t to punish the actress and ensure that her character wouldn’t come back, but rather to give her character more importance. Star Trek had never killed off a lead before.

The issue of how well this was handled is a matter of debate, and both sides are probably correct. On one hand, the episode ended with her character delivering personalized goodbyes to each crew member, which the director arranged to have her deliver live with the cast being filmed simultaneously. She was saying goodbye to them, actress to friends, and the emotions registered well on both sides. Fans and actors both regard this as a high point in the season’s character development.

It did raise Tasha’s status in the mythos. Her character was in 24 episodes, if you include her post mortem appearances in Yesterday’s Enterprise and All Good Things. 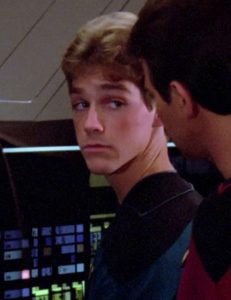 That’s 15 fewer episodes than the character Youngblood. Remember him?

Unfortunately, the way her character was dispatched in the episode was the possibly most distractingly sudden and casual killing of a lead until Joss Whedon worsted it almost 20 years later in his movie, Serenity. The episode also boasted a rather silly nemesis, basically an upright standing, oily bag made of ill will. Its director explained, “The bottom line is that it became a caricature, and as a result, as close as it came to being one, it was not a good show…Unless you sell the audience on the black blob, you’re dead. …There were some shows that were bad because they weren’t conceived properly. This show could have been wonderful, and the only reason it wasn’t – and it was nobody’s fault – was the pressure of time.” 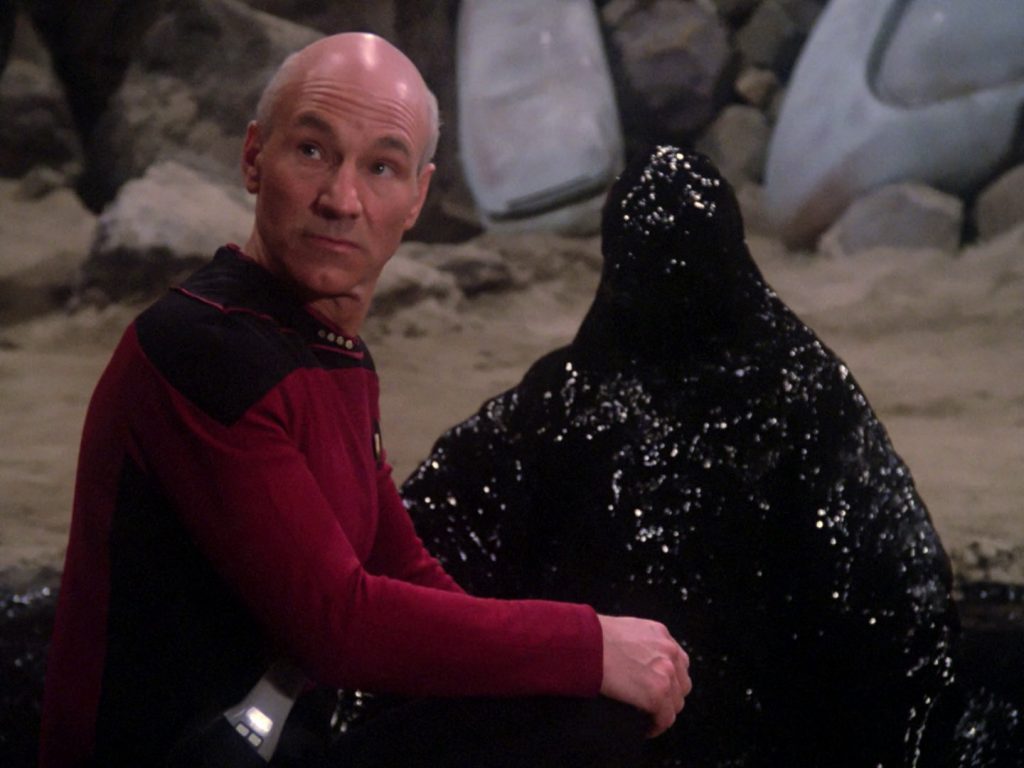 Previous articleReview| To The Bone