If you’ve been coming here for any length of time, it’s no surprise to you that there is a lot of geeky stuff on this site.

And about 1/8 of everything we’ve posted on the site has been about superheroes (though, to be fair, it’s a very popular genre these days).

My wife has called me out on this trend.  And with The Force Awakens coming this December, it’s unlikely to change.  But why have we been posting such fantastical stuff this year? 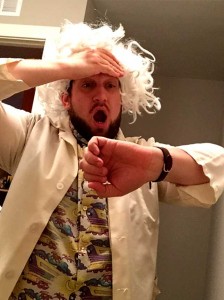 All right, to be fair, a big reason that we post so much geeky stuff here is that I’m a geek.  Since I’m the primary contributor and editor of Redeeming Culture, a lot of the things I review are things I like…which means a lot of geeky stuff.

I don’t want to minimize this fact, either.  Of course, I can’t discuss things I haven’t seen (not very well, at least), and most of what I watch is geek-friendly fare.  But I am also more insightful (the extent of which is debatable) about things I like; I’m unlikely to be able to write intelligently about The Croods, for example.

So if I want the articles here to be interesting, they should be about stuff that I am interested in (not that the definition of that won’t change). 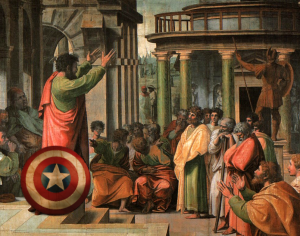 When Paul entered Athens in Acts 17, he redeemed the popular culture of the people he was talking with to illustrate truths about God and Jesus.  And the Zeus poems of the 1st Century A.D. were like the Age of Ultrons of the time.

In our modern age, geek culture has become incredibly popular.  Comic book movies regularly dominate the box office, Star Trek and Star Wars are more viable properties than they have been in years, and one of the most recent box office smashes was about an astronaut stuck on Mars.  For those of us who were geeks in high school, this is great news.

And all of this excitement about geeky topics means that, if we’re going to address the truths about God in today’s culture, we have to talk about geeky things.

Because the Fantastical points to God uniquely

There’s a reason that people have wanted to find some sort of Biblical allusion within the pages of The Lord of the Rings, or that C.S. Lewis chose a fantasy story for his tale of Christ-figure Aslan in Narnia.  There’s something about magical places, magical beings, and…well, just plain magic that points to God rather uniquely. 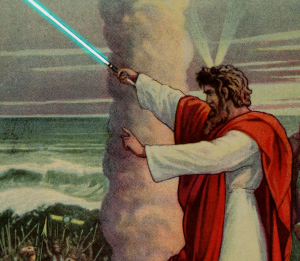 Think about this: the supernatural works of God in the Old and New Testament are dramatic and compelling largely because they are so unashamedly supernatural!  God makes no apologies about stepping outside of the laws of physics and accomplishing some spectacular feat to point people to His power and mercy.

His chosen one was the fulfillment of a prophecy written nearly as soon as the world began.  He protected His people for centuries until they saw Him.  He spread the Red Sea in two, allowing His people to walk across on dry land.  He gave signs and miracles, mentors, items of great power, curses, prophets, and even some comic relief.

You can see how the Lord’s penchant for the supernatural inspires and echoes the upending of the natural world that we see in fantasy novels and sci-fi TV.

Because the Supernatural is the Natural

Here’s the mind-blowing thing.  God’s miracles aren’t breaks in the natural order.  They’re restorations of it.

Think about it.  In the Old Testament, God performs a miracle to get the Israelites away from Pharaoh at the Red Sea.  But the Red Sea was never intended to keep the Israelites from their freedom; they were intended to be free to begin with.  God just restored the natural order that He decreed from the beginning. 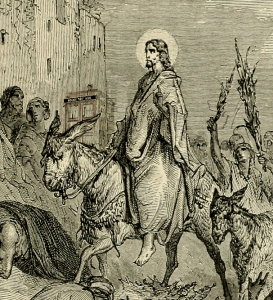 Or consider the blind paralytic that Jesus cured in the New Testament.  In God’s perfect world, He would never have been blind or paralyzed.  But because of the sin that Adam and Eve brought into our world, he was helpless.

Jesus, who came to destroy the “reality” of this world and replace it with the better, perfected world that He made, pulled back the curtain and let a little bit of reality seep through to heal the man.  Not too much, because we can’t handle the full reality in our sin.  But just enough that he danced his way home.

And that’s the real reason why we talk about the fantastical here: because God’s reality is more fantastical than we can imagine, and it’s breaking through.

I love this post! That shouldn’t be too surprising since I love so many geeky things, too.
When you said God gave us some comic relief, I immediately thought of when Nebuchadnezzar lost his mind and lived as an animal, or maybe Balaam’s donkey.
The last two paragraphs are my favorite, a great way to end a great article.

Thanks! Glad you liked it!