This review is based upon Andy Weir’s 2011 novel The Martian, not the 2015 Matt Damon film of the same name.  Still, since they’re practically the same story, be forewarned: the following contains very mild spoilers for both.

Space is hard.  Humans are made to live on this planet, in this gravity, with this air and food; surviving somewhere else is tough enough, even if you can solve the problem of getting there.

The Apollo program that took twelve men to the moon had a staff that numbered around 400,000 people.  Each mission launched three astronauts together, two of whom descended together to the surface of the moon.  All the astronauts relied upon one another, Mission Control back in Houston, state-of-the-art technology, ample amounts of food, water and oxygen, and the support of the thousands of workers who helped put together the fastest, most powerful method of transportation that humans have ever built. 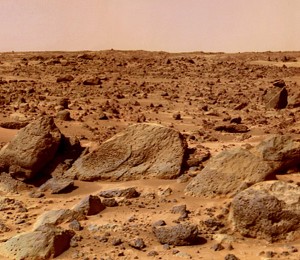 Mark Watney is stuck on Mars without any of that.

His team mission quickly becomes a solo outing when an accident during a Martian storm convinces his crew that he’s dead, and forces their evacuation of the planet.  All alone, years from Earth by even the fastest ship, Watney has a decision to make: put to work everything he knows and has access to in a desperate attempt to survive until the next mission can retrieve him, or give up and let himself die on the Red Planet.

Of course, he chooses to try and survive.  (It wouldn’t be much of a book otherwise).

Watney, like most humans, has a set of very specific needs (food, air, water) that the book goes to great pains to detail for the reader.  He works hard at saving himself; the potatoes he grows can provide him – just barely – with enough sustenance to survive for the four years it’ll take a rescue ship to arrive, assuming that nothing bad happens; two invaluable contraptions can recycle the air and water indefinitely, assuming they don’t break down.

Since the novel is told largely through Watney’s log entries, you get a very intimate look inside the astronaut’s mind.  As his unintentional exile continues, it seems more and more like he’s writing just to remain sane, and it isn’t working very well. 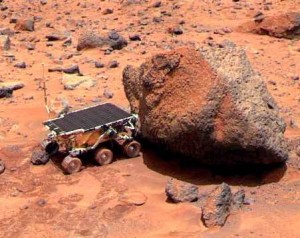 He cobbles together a makeshift radio out of Pathfinder, an antique Earth probe.  The messages from Pathfinder are difficult to read and woefully slow.  Limited by decades-old technology and the speed of light on an interplanetary scale, it can take hours to send and receive the briefest of messages.  But it’s something.  It’s enough for him to feel connected.  And when it works, he’s so excited to have made contact that he does something the book doesn’t mention him doing any other time: he cries.

It’s just as bad for those of us still on Earth.  We weep in sadness because we’re stranded here, explorers from our True Home.  This isn’t where we belong; we’re not built to survive here.  And this is something everyone feels; a need for companionship, for love, for truth that will quench our thirst. 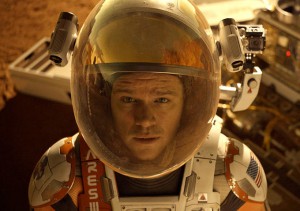 So we make plans, plant seedlings of friendship, and try to repair the shreds of truth wherever we can, in hopes that we will survive for a little while longer.  We’re actually pretty good at this, as humans!  Our plans could work indefinitely, assuming nothing ever goes wrong.

But when has that ever happened?

We seek out communication with others, desperately hoping for contact.  We search out ways to communicate ourselves, to let people know that we’re alive, that we need help.  We weep when we finally make connections with loved ones.  And rightly so.

And in special moments, the words of an ancient messenger speak to us, reassuring us, giving us hope.  The rest of the road will be just as tough, if not tougher.  But there’s one comfort, one reason to keep going: our True Home, our perfect relationship, our loving Mission Control.

Thank God there’s a rescue mission on its way.

Thanks for reading Redeeming Culture!  If you want to read The Martian, I do recommend it (though I also recommend discretion: the language in this book is very strong); you can grab a copy on [amazon text=Amazon&asin=0553418025].

If you enjoy Redeeming Culture, we appreciate your prayers, and any support you can give.  Thank you!

Previous articleTop 5 Comedies of 2000Next article In Theaters October 9th, 2015

Here’s an interesting fact I found while reading about The Martian: Drew Goddard, who wrote the screenplay for the film, told io9, “You got to think of this as a religious movie, it’s just that the religion is science. It’s all about how a man has faith in his beliefs, and he trusts his instincts will help him get through this.”

Couldn’t fit it into the article, but I thought it was too interesting to leave by the wayside.