NASA is building a pretty strong case for the existence of aliens, but you could be forgiven for missing the news.

Amid the excitement of New Horizons‘ flyby of dwarf-planet Pluto and the incredible photos it returned, it would be easy not to know that NASA found Earth’s ‘cousin’ a couple of weeks ago.  On July 23, NASA announced the discovery of Kepler-452b, the first planet we’ve found that might hold complex life as we know it.  It’s bigger and hotter than Earth, but as a rocky planet within the “habitable zone,” it means that, statistically, planets like ours are common – and that might mean that aliens are common, too!  It’s thrilling news, but do you immediately start worrying about your faith?

In response to no one, scientist Jeff Schweitzer published an article in the Huffington Post calling the potential discovery of extraterrestrial life “Bad News for God.”  Among other things, he predicted “with great confidence” that the major world religions (specifically Christianity) would soon announce the discovery to be “completely consistent with religious teachings” and promising to “declare this as nonsense before it happens.”

As a Christian, secure in my theology but with a view that there’s a good possibility (maybe probability) of the existence of extraterrestrial life, I was confused.  The supporting evidence for his claim was no help in understanding, either: namely, that the Earth is the center of the universe (no Christian has believed that in centuries), that only humans were made in the image of God (he made up the ‘only’), that God didn’t have time after the creation of Earth (uh…what?).

This is clearly a straw man argument.  Put theologically, his hermeneutics is faulty and his exegesis is questionable.  What that means is…well, he doesn’t know what he’s talking about.  To paraphrase a line from 1997’s Contact, “they should have sent a theologian.”

They Should Have Sent a Poet

In Contact, Carl Sagan places this straw man into the mouths of many evangelicals who meet up with heroine Eleanor Arroway; they’re roundly unlikable, but conservative leader Richard Rank is particularly distasteful.

According to Rank, “the Bible states that God made man in His own image.  From everything I’ve been told it’s highly unlikely the creatures who sent this message resemble human beings in any way, shape or form, ergo, they are not of God; and therefore by definition evil.”  Stunning logic. 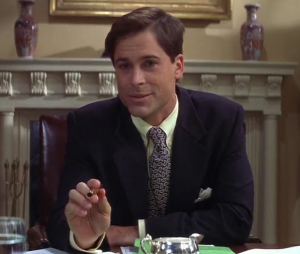 But his argument is clear: God couldn’t make a universe where both humanity and aliens could coexist, or where He could save them both.  Schweitzer makes a similar statement in his article, and it really boils down to one thing: God is too small to do something like that.  Too small to make a universe that way, and too small to govern the time when we discover it.  Rank’s god needs Rank’s help.

My God is much bigger.

My God could (and perhaps did) create billions of inhabited planets, filled with quintillions of sentient beings.  My God could send Jesus to save them.  My God could love each and every one of His people on uncountable worlds equally, because such is the power of the God I worship.  And He could do it all without my help.

Sure, there are questions to answer (as we’ll get to in a moment), but my God is big enough to answer questions.

Talking to Your God for You

Rank’s god is too small, but the blond street preacher has a different problem: a god who is too distant.  In his view, the aliens are god, and only the faithful should speak to God; a scientist isn’t worthy.  And there are many religions and factions that would agree with him.

Religions across the world have books filled with rules that will allow you to get to God, to draw near so you can speak to him.  They can be summed up as “here is how you get to God.”  He’s distant, and not inclined to come any closer; you have to move closer in order to talk to Him.  Even worse, their rules for drawing closer are often obscure and based more strongly in tradition than in any authoritative source.

The Christian Bible tells a different story.  The God of our faith isn’t in any way distant; He created us and remained near, actually walking with Adam and Eve in the garden before sin caused Adam to run away.  And when the first man began to run, the rest of our race followed closely behind.  We ran so far, and our sin made us so weak, that we were unable to get back to Him.  God wasn’t just hard to reach – He was impossible.  No matter how many good deeds you do or how well you read His Bible, you could never get there.

But God does not remain distant; He is running toward us at top speed, like the father who sees his wayward son returning, and dashes off to scoop him up.  He sent His son to reconcile us, to give us the ability to be in His presence again!  Because of Jesus’ death on the cross, we can be near to Him, confident that He cares for us.  We can talk to Him about anything we want.

And we can not only talk to Him – He also talks to us.

In trying to prove that Christians will one day assert that the Scriptures allow for aliens, Schweitzer asserts that Genesis 1 does not mention the creation of other planets.

Nothing in that mentions alien worlds, which of course the ancients knew nothing about. Man was told to rule over the fish on the earth, not on other planets. But god would have known of these alien worlds, so it is curious he did not instruct the authors to include the language.

This is a fundamentalist view, and no doubt some fundamentalist Christians agree with him.  But it’s a misunderstanding that the Bible contains everything there is to know, or even everything that we should want to know.  No, the Bible is written by God, to us, and contains everything that we need to know about God and being reconciled to Him; it does not contain everything we want to know.  Had it been written to the angels, it would have contained everything the angels needed to know about God but nothing about what we needed to know.  Had it been for aliens, it would likely contain much more information about aliens.

But our Bible is written by and about God, to and for humans.  It contains a lot of answers to a lot of questions.  But only the ones we need to know to get to God.

So what does it say?

At the end of Contact, Ellie explains her newfound faith: 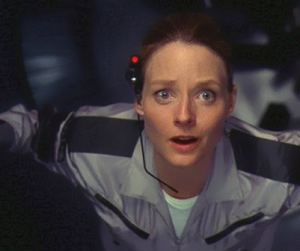 I had an experience.  I can’t prove it, I can’t even explain it, but everything that I know as a human being, everything that I am tells me that it was real!  I was given something wonderful, something that changed me forever.  A vision of the universe that tells us, undeniably, how tiny and insignificant, and how rare and precious we all are!  A vision that tells us that we belong to something that is greater than ourselves, that we are not—that none of us—are alone!  I wish I could share that.  I wish that everyone, if even for one moment, could feel that awe and humility and hope!

Like the mysterious mathematical message in that film, the message we’ve received from God is for all of humanity.  It describes the smallness and greatness of each of us, as well as the overwhelming beauty of being a part of something larger.  It contains instructions that work best if followed to the letter; trying to add or remove anything is deadly.  And the final result is the most incredible adventure that any human can experience.  And He gave us a way to do it: Jesus Christ, sacrificed to cleanse us from unrighteousness and bring us closer to Him.

So look up at the skies, and wonder at the adventures God has in store for us.

As always, we thank you for reading Redeeming Culture.  Feel free to look through our archives; we have other posts about astronomy, sci-fi films, and the beauty of the world around us (and even more coming!).  And if you like what you’ve seen, we appreciate all the support we can get.  Thanks again!