A man’s gift makes room for him and brings him before the great.
Proverbs 18:16

While the show was always based on Roddenberry’s vision of the future, and his rules, there is little doubt that the closest Star Trek: The Next Generation (and all 24th century Trek programs) comes to having a singular creative force is Rick Berman. The man who would ultimately be the king of four Star Trek series came in right at the start, almost by accident. 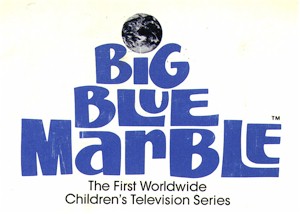 His background included working for local documentarians in New York, where he participated in every step of the film production process. Later he worked on, and eventually headed, the PBS series The Big Blue Marble.

He had been working for Paramount as a television producer for about a year and a half when the new Star Trek series was initiated. Interviewed for The Archive of American Television, he said, “The general opinion was that Roddenberry was a cranky old bastard, and nobody wanted to have anything to do with him, and since I was the lowest ranked vice president in the group, it was like “let him do it.”

Almost as soon as the deal was struck for a new Trek series, there was a big fight. Paramount wanted a 2 hour pilot, and Roddenberry insisted on 1 hour. Berman’s demeanor in that meeting led to a lunch with Roddenberry, who liked his calm, and even liked learning that Berman had never watched any Star Trek. This lunch lead to a job offer.

Berman noted that this new venture had three big strikes against it right from the start:

To give you an idea of #3, that year’s syndicated programming had included premieres of WWF Superstars of Wrestling, a talk show out of Chicago called The Oprah Winfrey Show (really, no one knew) and The New Adventures of Jonny Quest. That’s what syndicated programming looked like in the 80’s. Berman didn’t list a fourth strike, but another could have been:

…with the only high rated, hour long dramas being Murder, She Wrote at #4 and Dallas at #11 in 1986. Into this mix would go Star Trek: The Next Generation, the very first scripted drama ever to be made directly for televised syndication, inventing the concept.

It was a risky project, but it was also much closer to what Berman had always wanted to do, so he quit Paramount to work directly on the new series. His parting from the studio was amicable, as it meant to them that they would have a man on the inside. He would produce, along with Bob Justman, who had been a producer on the original series.

Since Bob was so good at the administrative things, right away Berman got to overlook the creative stuff, eventually replacing Roddenberry as the man with final say on every aspect of production from script development through post-production. He oversaw the editing of every episode, covering 2-3 passes on each (Wow! Seriously, that’s huge). “I spot the music and sound effects for the show, and I go to the sound effects dubs. I‘ve also been very involved with all the various stages on the opticals,” said Berman. He was meticulous, and would order reshoots even for minor bloopers like make-up errors, or wind blowing hair out of place. There were rules, even for the directors and cinematographers, but some found they could push the envelope, and if it worked, Rick would accept it.