Netflix Your Weekend – The One I Love
December 5, 2014 by jcrabb

NETFLIX YOUR WEEKEND – THE ONE I LOVE

Rated R for language, some sexuality and drug use

Marriage is never what we want it to be. When we get married, we have such a rosy picture of what life will be like with out spouse.  What we expect before we’re married, and even in the early years of marriage, is never how it looks five, ten, fifteen, thirty years down the road.  How dangerous it can be to refuse to evolve and rediscover our spouse for who they are right now, instead of who they once were or what we want them to be.

The One I Love finds Ethan (Mark Duplass) and Sophie (Elisabeth Moss) in that danger zone of lost trust, fading interest, and frustrated expectations.  Brought to a near breaking point from multiple pointless counseling sessions, their marriage counselor (played by Ted Danson) suggests they go on a weekend retreat in order to create new memories instead of re-living old ones.  What they discover there is certainly new but when things start to get weird and turn on their head, Sophie and Ethan must figure out who they think they are and who they are together.

It was surprisingly better than I expected, but the final third loses some of the spark and intrigue of the first two thirds as it loses its way. The concept of this movie is refreshingly original, albeit totally strange, and if the narrative could have finished strong this movie would be in my Top 10 of 2014, no contest.  Moss and Duplais are great and the two of them in their roles are what make the movie as strong as it is, especially in the middle third.  The romantic and relational tension between them is straight out of the pages of a marriage counselors journal. 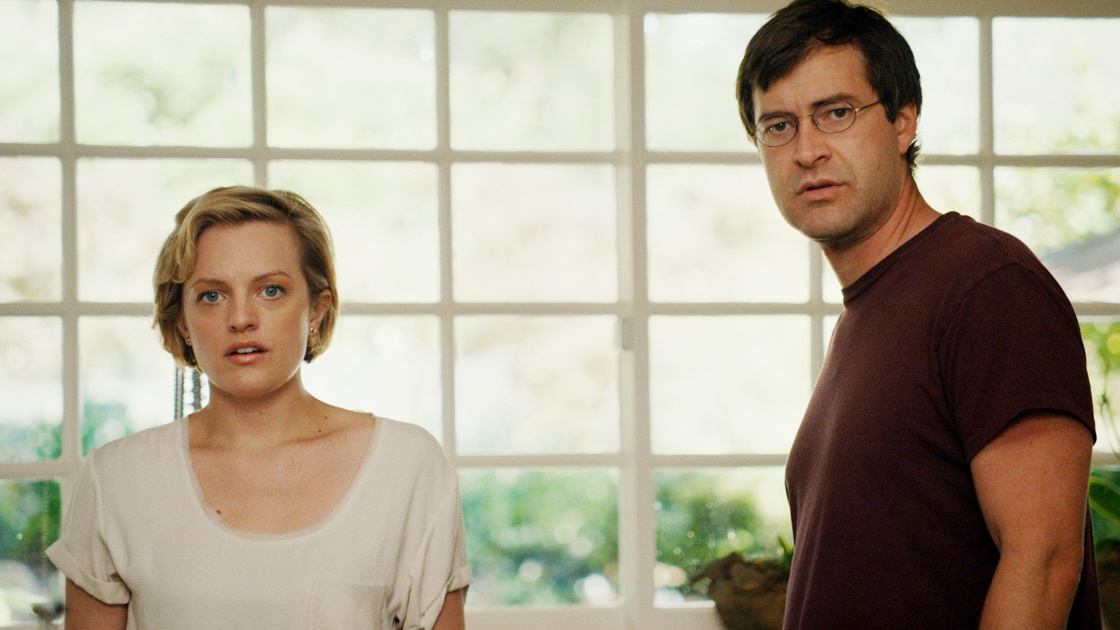 The movie challenges you to think deeply about some of the relational implications of Ethan and Sophie and put yourself in their shoes.  The questions you ask about your own relationships, and if you’re married, your spouse, can hit really close to home.  What do we expect from our spouse versus who they actually are?  Why do we refuse to own up to our mistakes and shortcomings?  What makes us so closed off to our spouse and why?  Do we tend to mis-judge their intentions instead of actually asking what they feel?  These are just some of the questions that swirled in my head after the credits rolled.

I really think you will enjoy this, not only for it’s original story, relevant concept, funny beats, and great acting by Duplass and Moss, but for the questions it will leave you asking after you are done.  Happy weekend movie watching everyone!