With the release of new Star Wars movies (like the recent Force Awakens and Rogue One) usually comes a new batch of user created content on the internet. On November 25th, 2016, Bad Lip Reading (BLR for short) decided to add to that content with an especially silly and catchy tune created using clips from The Empire Strikes Back, specifically the scenes where Jedi Master Yoda trains Luke on Dagobah:

(Here are the lyrics, for reference.)

I’ll give you a moment to compose yourself from the uncontrollable laughter—or allow you to lament the time I’ve just wasted of yours on something so absurd.

To cheer up Luke, Yoda sings about a time when he was warned to stay off the beach or risk being attacked by seagulls (which, of course, ends up happening just as he was warned). Kids start laughing, and the Jedi master is hit with a hackey sack to add insult to injury. Now riding Luke like a backpack, Yoda encourages his apprentice to run and jump (possibly training to avoid the seagulls mentioned earlier?). Yoda expresses envy for Luke’s feet (because they look better suited to outrunning seagulls); caught off guard, Luke retorts back that Yoda is a “psycho wiener.”

It seems that was the wrong thing to say.  It seems Yoda is upset with his apprentice, and starts to take it out on R2-D2 by beating the droid with his cane. He pranks Luke by hiding fish in a basket, but forgets he did it. That seems to appease the grudge, and Yoda warns his padawan that the birds will be waiting to bite his face, too.

They continue the running and jumping and even practice using the Force (a defensive technique against the seagulls, perhaps?). They perform breathing exercises to calm Luke down while Yoda recounts the miracle of life he witnessed when turning over a log (this part makes me laugh every time).  Finallly, Yoda warns of a future scenario: a bad day where Luke has been pinned under a boulder, and the seagulls show up to poke his knees, too.

Luke responds to the song meant to cheer him up, and the wise (maybe even prophetic) warning from his mentor with a criticism of Yoda’s singing prowess, and the declaration that he and the Jedi are not friends after all.

To which Yoda immediately threatens Luke, warning him not to fall asleep.

Poke me in the Coconut 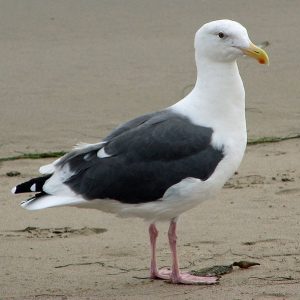 Such an epic journey!  So many twists and turns in such a short music video!

Yoda reminds me a lot of Paul in 2 Corinthians 12. Paul is talking about a thorn in the flesh that he keeps praying to God to have removed. God ultimately says He will not, but His grace is sufficient for Paul. Throughout the song, Yoda is dealing with seagulls attacking his flesh; he yells directly at them, but is also crying out for help.

Instead of grace, he gets hit in the neck with a hacky sack.

Paul was mentoring many people in the early church, and was trying to encourage them to prepare for their hard times as well. He told them that he considered all his physical weaknesses as strengths in Christ to let them know how they too might deal with weakness and thorns in their flesh.

But there were so-called “super-apostles” that strained Paul’s relationship with his padawans, like Yoda and Luke’s relationship was strained when Luke called Yoda names and said they weren’t friends.  Restoring relationships is not easily done, though, and it doesn’t always go well.

Ultimately, Paul had good relationships with some of his mentees (like Timothy); but some ended up deserting him or going their own way instead of following the truth he shared with them. Yoda wasn’t as good a mentor in that respect; he did not rely on God’s grace for the seagull incident, and that led to him becoming a vindictive mentor that would seek out revenge on his own student.

While the mentors Jesus sends us are fallible, His gifts are still good.  And the people He gives us, He gives us for our good; maybe for temporary growth, or maybe so that we’ll know what to do when we’re lying under a boulder with our knees exposed.

Any other biblical truths or themes that speak to you through this silly song? Let us know in the comments because we’d love to hear them. And thanks for reading!