The War on Christmas Revisited
December 26, 2016 by David Atwell

I am surprised and dismayed that this post is still relevant after twelve months, but I suppose I shouldn’t be. The last line is still true, and I urge you to keep your eyes out.

I’ve heard legends of the War on Christmas since I was a small child.  If you hear the press about it, it’s a truly terrifying conflict; red coffee cups rain down like mortar shells, “Happy Holidays” carpet bombs are dropped upon unsuspecting shoppers.  And don’t forget the “X-mas” mines.

You’ve probably heard about the Wise Men, and their visit to Herod while searching for Jesus.

“Where is he who has been born king of the Jews? For we saw his star when it rose and have come to worship him.”
(Matthew 2:2 ESV)

While Herod the Great, the ruler of Galilee, was outwardly pleased to hear of this child’s birth, he was secretly seething with anger.  A new king of the Jews?  Not if I have anything to say about it.

But Herod was the king and leader of the Hebrew people.  He was supposed to lead his people toward the Messiah!  But instead he feared the Christ.  Feared Him for the power He would take away.  And that fear turned to anger in his heart.

He was so angry that he asked the wise men to return to him when they’d found out where he was.   “That I too may come and worship him,” he claimed, but God was not fooled by his deception; he sought to kill the young King.  God warned the Wise Men of this, and they took an alternate route home.

In his rage and desperation, Herod committed what has become known as the Massacre of the Innocents; he sent his army to Bethlehem to wipe out all baby boys under two years old.

And with that terrible opening salvo, Herod has just fired the first shot in the real War on Christmas. 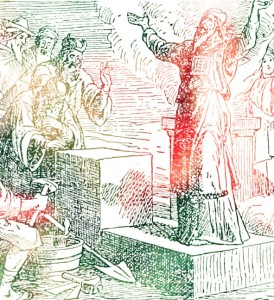 Herod’s opening shot in this war isn’t something we’re likely to copy, but the root of his evil is in us, too: Herod wanted to retain his power, and in so doing denied that Christ was Lord.  He denied that God had come at all.  He refused to believe in the entire point of Christmas: that Christ came to rescue, redeem, and rule.

But the Lord of Heaven has stepped into time!  The God of the Universe has put on flesh!  How can anything be the same?  Everything is different now!

The Lord of Heaven has stepped into time!  The God of the Universe has put on flesh!  How can anything be the same?  Everything is different now!

It’s easy to stay focused on Christ on Christmas.  But that was yesterday, and I’ll bet that by now you’re back to work and just about out of Christmas spirit.  And something might happen today that makes you forget that everything is different now, or deny (at least for a moment) that Christ is King. 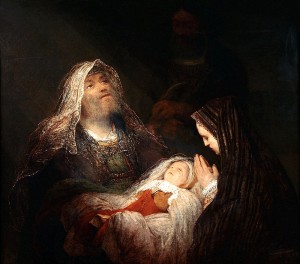 The counterinsurgency in the War on Christmas came from the most unlikely of places.  At the temple in Jerusalem, the two people who would fire back against Herod were waiting: an old man and an old woman named Simeon and Anna.

Simeon and Anna were well-known fixtures at the Temple, having worshiped there nonstop for years (Luke 2:37).  They were patient and persistent in awaiting the Messiah, trusting in the promise that there would be a Messiah and that they would see Him one day.

When Mary and Joseph brought Jesus to the Temple as was customary for a newborn, they saw Jesus for who He was: the Messiah, the King who would restore the people to their God and Maker!  By the power of Spirit within them, Anna and Simeon’s joy and worship fired back against the evil disbelief of Herod.  The first blow was struck against the sin of self-reliance, and they rejoiced.

But Simeon also had a warning for Jesus’ adopted parents.

“Behold, this child is appointed for the fall and rising of many in Israel, and for a sign that is opposed (and a sword will pierce through your own soul also), so that thoughts from many hearts may be revealed.”

It won’t be an easy path.  Jesus isn’t only the Prince of Peace, and He doesn’t promise that peace will be given on Earth.  He brings both unity and division, sometimes inside our own souls. 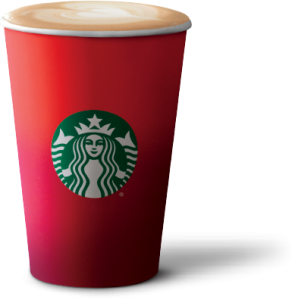 And now here you are, on the front lines.  The shots aren’t fired at the coffee shop or cash register, but every time you disregard Jesus’ coming in your thoughts and actions.  Your sin and disbelief fire another salvo in the war on Christmas, and the Holy Spirit power in you fires back in your worship and devotion.

The war on Christmas won’t be fought in eleven months on the news and social media.  It starts today, in your heart.

Thank you for reading Redeeming Culture.  We hope you had a very happy Christmas and we wish you a glorious New Year.

This article was originally published on December 28, 2015. It’s being reposted here, with minor edits, because it is still relevant. And it probably will be until Christ returns.

Pingback: The Post: A Duty to the Truth | Redeeming Culture