This has been…well, a rough year. And if you’ve been watching the Presidential Debate tonight, you probably feel the same way.

Don’t worry. This isn’t a political post, and I’m not going to be endorsing a candidate. It’s just hard to get legitimately excited about anything when the current presidential race has been going on approximately since the Roosevelt Administration (which one depends on the day). But I do have an opinion, and on the internet, that means people disagreeing. A lot.

And since this is the internet, that generally doesn’t mean civility. Thankfully, even that uncivility can point our hearts to Jesus. 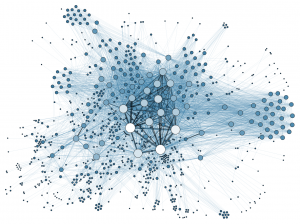 I’m working on a theory. It’s based on the concept that God made the human mind to be able to maintain a certain number of friendships; scientifically, that seems to have been borne out in research done by Robin Dunbar, who says that- give or take- the maximum number of friends you can expect to have meaningful interactions with is about 150. Then there are subsequent concentric circles of smaller groups until you get to your five truly intimate, best friends and family.

But the average Facebook user has 338 friends. 15% of Facebookers have over 500 “friends,” which Dunbar says is the maximum number for mere acquaintances.

Before the internet, you could reasonably expect that the only people you would interact with on a daily or weekly basis were your close friends; about 50 if you were particularly social. Excluding coworkers, some people probably only saw their circle of five regularly. That jerk you knew in high school? Your random coworker from three jobs ago? The second cousin three times removed that you last met when you were three? You just never interacted with those people.

We have all of the access and perks of real friendship—without the friendship. It’s a sort of distant nearness.

And that’s fine! We aren’t built to stay in touch with them. Some people are only to be in our lives for a short time. But here’s where my theory comes in: the Internet affords us the opportunity to have conversations with them, and pretend we still know them well. We have all of the access and perks of real friendship—without the friendship. It’s a sort of distant nearness.

And so when we interact with them, we comment with a certain familiarity, but it’s a false one. We don’t comment with civility or deference, because hey, we know these people. They won’t get offended by my opinion. Or so we think; but we’re actually thinking of a conceptual person in our mind, not the real one; a one-dimensional hero or villain on the other end of your smartphone. And that, I think, is why there is so little civility on the internet: we don’t realize that these people we interact with so simply are (a) real people, and (b) basically strangers.

As a result, comment sections are pretty nasty. All of them can be (well, except this one of course, but give it time). If you don’t believe me, find a local news station’s website or Facebook page, go to the most innocuous story you can find, hold your nose, and wade into the comment section. A bunch of strangers, talking like they know (and hate) one another await you. 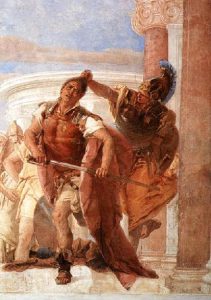 The thing is, that may be the cause, but that’s not the reason. It’s the catalyst or trigger that just makes it worse. No, the state of online comment secctions just proves that our hearts are desperately sick; something the Bible already knew ages ago.

Internet comments put it all on display: racism, dismissiveness, hatred, anger. A comment section is a pipe directly to the heart of the commenter, and it can be ugly. When we don’t see people as people, it amplifies the sickness that’s already in our hearts, and turns it into vitriol.

There are two good things about this.

First, that it’s proving our need for a Savior. We are desperately sick on a heart level, and without hope on our own; the fact that we all hate angry comment sections proves that this need is wired into us on a heart level.

Second, the anger that comments stir up also reveals the idols we put before Jesus. Maybe it’s your nation or your parenting philosophy or your political leanings or your favorite Star Wars movie; either way, our anger shows our idols, and that we need a Savior to sweep them away. 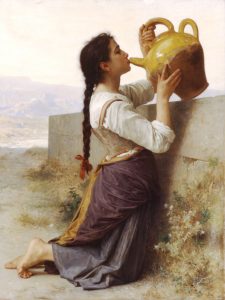 There’s a lot of ugliness in comment sections. But there’s also such a yearning within us for the divine that when something beautiful comes up, we deeply desire to be a part of it. They often even become viral; everybody wants to share.

This isn’t an accident. God put that yearning into our hearts; Isaiah 55 calls it a thirst, and bids us to come to God for the thirst to be truly satisfied.

There’s a growing movement online to encourage people “don’t read the comments!” And, while I admit that the working draft of this article was called “The Total Depravity of the Comment Section,” maybe – on a particularly sunny day – you should get yourself a nice cool drink, sit in the shade, and read a few comment sections. Look for evidences of hearts broken and in need of a savior; look for idols and lesser loves; and look for the yearning we all have to be part of something beautiful.

And when you comment, remember that the person you’re talking to is a real person, too.

Thanks for reading Redeeming Culture. Please comment below, but remember that everyone here is a real person, too.

Previous articleReviewing the Classics| Knowing Our Neighbors Outside Our Rear Windows

Next article #113 - The Birth of a Nation and Systemic Injustice