Yo, champ in the making!

On February 27, 1996, Pokémon made its debut in Japan.  Today, it celebrates its twentieth birthday.  I wouldn’t get a taste of the series until it came to America in 1998, but from that point on it’s been one of my favorite video game series. 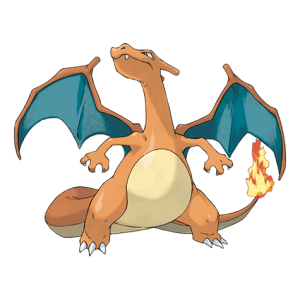 If you don’t know what the fuss is about Pokémon, you’re really missing out.  The game revolves around a young person (played by you) taking your first steps into a larger world.  Along the way, you fight, befriend, and team up with creatures known as Pokémon.  These creatures (some cute, some terrifying) have abilities both mystical and mundane, which you can command them to use in order to defeat enemies and advance the story.

The cute creatures and sometimes-silly scenarios belie the depth of strategy, gameplay, storytelling, and worldbuilding in the world of Pokémon.  Billions of people around the world love the series; it’s the second most popular video game series ever made (after Nintendo’s other juggernaut, Mario).  But it all started in 1996 with Pokémon Red and Pokémon Blue.  And, as you might expect from this site, it points to God in some pretty surprising ways.

When you enter the world of Pokémon (the first generation of the games takes place in a land called Kanto), everything seems quite idyllic.  Sure, there are some dangerous beasts around, but with your own monster by your side and a little bit of skill, you can capture even the most dangerous creatures and make them your allies.

But as you make your way through the harrowing Mt. Moon, you have several run-ins with the villainous gang called “Team Rocket;” at first you think they’re just a nuisance gang of small-time thieves, but soon you discover that they’ve taken over the entirety of Saffron City.

Team Rocket and their evil tactics are no pushover.  The game is rated E, but through the dialogue with non-player characters you can hear some real fear.  Inside Saffron City, you encounter citizens who ask you (a young child) to help them escape Team Rocket.  Some are startled by you, thinking that you (again, a young child) are part of the evil organization, and still others who have decided to just hide from them and hope they go away.  These people who were once safe and happy in their homes are now terrified of what will happen to them if they get on the wrong side of the gang.

Like the people of Kanto, the people of Israel thought that they were at home in Egypt.  Near the end of the Book of Genesis, Israel’s family moved to Egypt to escape a famine; they were well cared for under the eyes of Joseph, Israel’s son, who had found favor with the Pharaoh.  The Israelites began to feel at home in Egypt, becoming a part of the community and increasing in number.

But a few generations later, a Pharaoh came to power who did not like how large the Israelite nation was becoming.  The Egyptians began enslaving them, even going so far as trying to control their population by murdering any son who was born to an Israelite.  Egypt committed violent crimes against Israel, pushing them down and causing them to live in fear in a place they once called home.

And that’s what both of these groups have in common: a confused, terrified population, cowering in a land they thought was home. 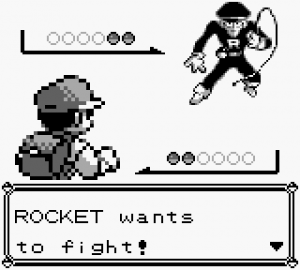 Into this sad, beaten-down world comes an unlikely hero.

For Israel, that unlikely hero was Moses.  Son of an Israelite and condemned to die as a newborn, he was hidden away in a basket, swept to the Pharaoh’s palace by the Nile, and adopted by the Pharaoh’s family.  Disgraced and exiled, he was called by God directly to return to Egypt and bring his nation out.

For Kanto, that hero is you, the player, and your ragtag band of monsters.  You push back Team Rocket over and over again.  And it all comes to a head when you, the player, finally confront the gang’s leader atop the Silph Co. building, with the fate of Kanto on the line.

“Your very own POKÉMON legend is about to unfold!”

We’d love to be the hero, but it’s hard to be a hero outside of a video game.  Like the Israelites, and the people of the Pokémon world, you’re very likely to be in captivity over and over again.

But the real adventure to pursue is the Rescuer who comes in when you least expect it.

Good luck out there, trainer.

Thanks for reading Redeeming Culture.  Believe it or not, this isn’t the first article we’ve done about Pokémon! We took a look at Twitch Plays Pokémon almost a year and a half ago. Take a look!

And if you want to write for us, we’d love to hear from you!

Next article A Lenten Devotional, Day 18