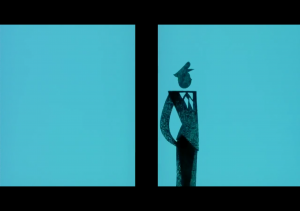 Frank William Abagnale, Jr. was a real person who really ran away from home in 1964, at age 16, after his parents filed for divorce. While on the run (much like in the film) he wrote fake checks, tricked people into cashing them, and impersonated a university sociology teacher, airline pilot, doctor, and lawyer before he turned 19.

While the film might seem a bit unbelievable, Frank tells a story (not in the film) about another scam he pulled:

I went first to [a uniform shop]. No one questioned my status. Within fifteen minutes I walked out with a complete guard’s outfit: shirt, tie, trousers and hat, the name of the bank emblazoned over the breast pocket and on the right shoulder of the shirt […]

At 11:15 P.M. I was standing at attention in front of the night-deposit box of [a bank’s airport branch], and a beautifully lettered sign adorned the safe’s depository: “NIGHT DEPOSIT VAULT OUT OF ORDER. PLEASE MAKE DEPOSITS WITH SECURITY OFFICER.”

There was an upright dolly, with a large mail-type bag bulking open, in front of the depository.

At least thirty-five people dropped bags or envelopes into the container.
Not one of them said more than “Good evening” or “Good night.”

He recounted later his surprise that the ruse worked. “How can a drop box be out of order?” Still, there are unverified reports that when the production crew for Catch Me If You Can tried to film that scam. They abandoned it when Leonardo diCaprio, standing in an airport with a full security guard outfit and money cart, was approached by several actual airport employees trying to give him their money. 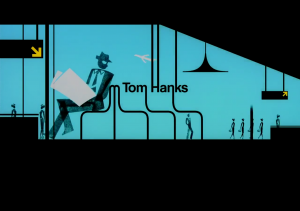 It’s truly impressive how daring Abagnale was; in the film, when Abagnale is nearly caught in a hotel room by FBI agent Carl Hanratty (largely based upon actual FBI agent Joe Shea), he pretends to be a secret service agent, giving him a wallet which turns out to be full of bottle labels as proof.

But is Abagnale different from the rest of us, or is he just the one guy who has the guts to really do the things we’d all really like to do?

Life tends to be tough. When it happens, we have a tendency to run away.

All we like sheep have gone astray; we have turned—every one—to his own way; and the LORD has laid on him the iniquity of us all.
–Isaiah 53:6, ESV

Like a lot of other people, Frank convinces himself that he can restore his broken relationships by running away and pursuing his own way. And while we might not run away so dramatically, we do run from God, assuming that the best way to be in a better relationship with Him is to either get ourselves as far away from Him as possible, or to clean ourselves up and make ourselves respectable before we come back.

Maybe you decided you could get to God on your own, so you decided to try and be righteous on your own; but trying that actually moves us further from God. 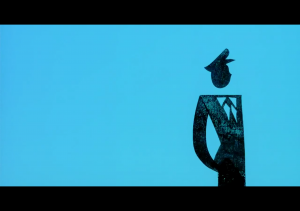 Or maybe you decided that you could have a better life without Him, so you turned and ran on the idea that chasing sin would be a better option. But pursuing happiness in other ways is foolish, because that path ends in death.

All of Frank’s best efforts to restore his family or to have a good life through his con man lifestyle were failures, too. So you’re in good company.

While on the run, Frank has a little mantra that he repeats about struggling to the top.

Two little mice fell into a bucket of cream. The first mouse quickly gave up and drowned, but the second mouse, he struggled so hard that he eventually churned that cream into butter and he walked out. 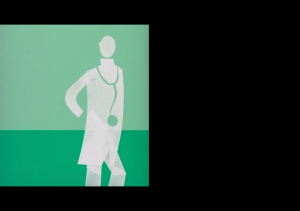 This story, originally told by his father, becomes such a mantra for Frank that he even prays it as a prayer. It’s a defining truth for him, but as the story continues, he recognizes its weakness; he’s getting tired of the struggle, and he isn’t getting anywhere. He isn’t in a bucket of cream, but a lake of quicksand; and every struggle pulls him deeper.

It’s a false gospel that he clings to; something that he thinks will save him and restore his relationship. But it has no power to save.

I can’t stop chasing you. It’s my job. 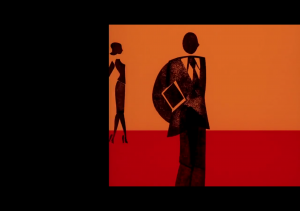 Frank runs to California, Georgia, Louisiana, and Florida—and the whole way, Hanratty is but a step behind, and sometimes not even that far. When he finally gets to France, he is at his lowest point. And Carl catches him; but along the way, Carl has come to truly care for Frank; but he has to enforce the law. He has to bring Frank to justice, but he does it with care. In some ways, he becomes a better father to Frank Jr. than Frank Sr. was.

In his apprehension, justice is served – but so is grace.

God has pursued you, too. He sent His son to clear the penalty for our sin; we didn’t get cleaned up first. He rescued us from the darkness of our false hope, and into a true and living hope.

All we have to do is catch him 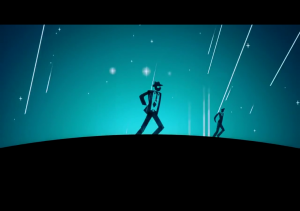 Carl would’ve been well within his rights to leave Frank to rot in prison after all the crimes he committed and all the money he stole. But Carl takes responsibility for him, convincing the attorney general that he should be given a job; he shows him grace and gives him a job to do, working with the one he once called his enemy.

We get the same deal from God; in His grace, we’re given the job of fighting the very evil we once lived in. And over time, when we look back upon our own life, we realize that the allure of sin just isn’t satisfying anymore.

Like Frank, we can return to God, even after lapsing back into sin, with the repentance He gives us. Because God holds us tightly in His hand.

Thanks for reading Redeeming Culture! This article was originally delivered as a Film and Theology talk in Indianapolis, IN. It’s been updated and expanded for posting here.

Next article Oh! The Horror... | of Plausibility Structures of Powers & Poltergeists