Stranger Things: Hope in the Upside Down
October 26, 2017 by David Atwell

Warning: This article contains major plot spoilers for Season 1 of Stranger Things. You can (and should!) watch it on Netflix now. 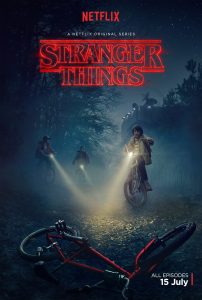 Netflix’s 2016 breakout hit Stranger Things is all about a bizarre, run-down, slowly-decaying world, populated with deadly creatures and unthinkable mysteries. It’s a world that Mike, Dustin, Lucas, and Eleven have to discover bit-by-bit; it’s a world of danger and fear for Nancy and Jonathan; and it’s a world that Joyce and Chief Hopper have to explore in order to find Joyce’s missing son Will.

They won’t find much help, any of them. The demonic creature who rules over the world is out for blood as it seeks to divide and conquer those who oppose it. It’s nigh-invulnerable, with powers beyond comprehension; and it can pop up suddenly almost anywhere without warning. A little girl with incredible powers is their only hope here. It’s a difficult world to survive in, and an even tougher world to escape.

But it’s not the Upside Down. 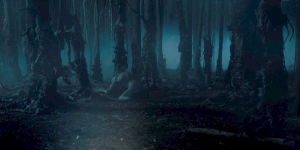 Hawkins, Indiana – the everytown where Things went Stranger in 1983 – is a quiet, quaint, friendly little town with the normal sorts of things that a little Midwestern town would’ve had in 1983. But when the world begins to fall apart, the town soon goes from friendly to fearsome. Bullies and clueless parents lie around every corner; the U.S. Government has agents across the town with creepy vans and the ability to discredit anyone who gets too close to the truth.

The true evil in Stranger Things isn’t hiding in the Upside Down. It’s running free in Hawkins. It’s just more obvious in the shadowy netherworld.

In the Bible, God’s servants are occasionally given the ability to see what’s really going on around them; with eyes wide open, for example, Elisha prays that the man with him could see what’s happening, and he marvels at the chariots and horsemen surrounding them in their defense.

More than that, though, there’s true opposition prowling among us all the time. Peter warns us to be aware and ready to stand firm in faith, in hope, even as the adversary prowls near us.

The Demogorgon of Stranger Things is no mere campy monster. Driven by hunger and a literal thirst for blood, the creature prowls around the Upside Down, seeking an opportunity to break into our world and devour an unsuspecting creature or human. 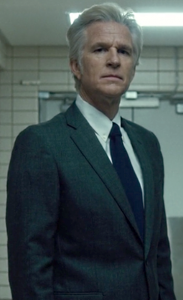 But there’s also the terrifying (and almost Spielbergian in its presentation) is the series’ treatment of the U.S. Government personnel seeking Eleven; particularly Dr. Brenner. And the pernicious, dogged bullies who pursue Mike and Dustin. And the spurned bullies who attack Nancy and Jonathan on their search for the Demogorgon. And the clueless parents and townspeople who would shut down the search.

The enemy in Hawkins is many-headed (like a Thessalhydra), but the end goal is the same in every case: restoration of the status quo. The Demogorgon just wants to go back to hunting and eating. The government wants to go back to its unethical experiments. The bullies want to reestablish their dominance and romantic relationships; the parents want everything to calm down and get back to normal.

But if they have their way, Will and Eleven will be lost forever.

When [Jesus] saw the crowds, he had compassion for them, because they were harassed and helpless, like sheep without a shepherd. Then he said to his disciples, “The harvest is plentiful, but the laborers are few; therefore pray earnestly to the Lord of the harvest to send out laborers into his harvest.”
–Matthew 9:36-38, ESV

Jesus doesn’t just seek the status quo when He sees people in need. The laborers he’s talking about are His people; His Kingdom. God’s command in Proverbs 31 to “Open your mouth for the mute, […] defend the rights of the poor and needy” is a command to be at the front of the push for what is right; to pursue those in need and help them. To defend their Earthly rights and to preach the Gospel of Christ to them. To help.

Our Gospel hope gives us power to defeat our Demogorgon enemy, and to seek his defeat in the lives of others, too.

When the boys meet Eleven in the woods after Will’s disappearance, she’s on the run from the U.S. military. Neither they nor we know of the shaven girl’s incredible powers; and as they get to know her, the boys are amazed and freaked out in almost even measure. And as the series goes on, we can see that her abilities aren’t just an incredible psychokinetic power; she can also communicate with people in the dark, mirror-universe Upside Down.

Eleven is more than just a helper; she has more power, knows more, and can understand more about what’s going on than anyone else in Hawkins. She seemingly sacrifices herself to save her newfound friends, and to give Joyce and Hopper enough time to find the long-lost Will. She’s the center of the entire story. But she’s also a fundamentally unsolvable mystery.

Even by the end of Season 1, we know very little about Eleven. She might be Jane Ives, taken as a baby by the government; but, then again, she might not. She’s probably not Dr. Brenner’s daughter, but she might be. She was definitely being used by the government in hopes of being some sort of military asset, but it’s unsure what they knew about her abilities, or about the gate to the Upside Down that she created. Learning more about her just results in more questions. Getting closer to her is both safer and more dangerous. She’s a paradox and an enigma.

But she’s also loved. And Mike’s love pushes him to stay with her, and to try to learn as much as he can about her. Even amid his fear of her powers, he’s still driven to learn more about her. And that pursuit gives him a unique hope.

The prophet Hosea had a similar reaction to his beloved God; despite His incredible power, Hosea longed to know Him. After marveling at His transcendent power, he says,

The pressing on will be an eternal search and struggle. Let us do it anyway in our deep love for Him, and revel in the hope that comes from knowing Him more deeply. 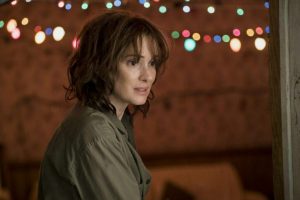 Joyce Byers is a woman on a tireless search, quickly becoming a crazy woman in her reckless pursuit of her son. Her relationship suffers, her reputation suffers, and even her sanity suffers. She only goes on because of her love for her son, and her hope that he’s still alive. This hope isn’t just in Joyce. It’s also in Mike, in Nancy, and eventually in Hopper as well. It’s a hard-fought hope that doesn’t disappoint. It doesn’t put them to shame. It drives them, and pushes them. And eventually, Joyce rescues her son, finally vindicating her hope.

Many who see Joyce’s pursuit will see in it the Father’s pursuit of us. And that’s true; her tireless, dogged pursuit of a lost cause does seem a lot like God’s pursuit of His people. But I also see in her pursuit of the truth a remarkable hope; something that God gives us, a faith that allows us to learn and seek Him even in our “Upside Down.” It’s a hope that surpasses our abilities. It’s a search that ends in knowing God more. And it doesn’t put us to shame; when we are rescued, our hope will be vindicated, and He will be glorified in us.

Our need was (and is) great: every force around us conspires to keep us from God. But our hope is greater, and it is in Someone greater.

Break out your toasters and push your Eggo Waffles down, folks; season 2 of Stranger Things debuts tomorrow! We hope you enjoyed our look at the themes of season 1. Thanks for reading Redeeming Culture.

Previous articleOh! The Horror... | of Getting Loved Ones to Watch Horror Movies