Concepts and Components in Redeeming Cultures
April 1, 2017 by David Atwell

Yes, of course this was an April Fool’s article.

Redeeming Culture is the process by which redemptions are grown under controlled conditions, generally outside of their natural environment. Redeeming Culture conditions can vary for each redemption type, but artificial environments consist of a suitable vessel with substrate or medium that supplies the essential nutrients (amino acids, carbohydrates, vitamins, minerals), growth factors, hormones, and gases (CO2, O2), and regulates the physio-chemical environment (pH buffer, osmotic pressure, temperature). Most redemptions require a surface or an artificial substrate (adherent or monolayer culture) whereas others can be grown free floating in culture medium (suspension culture).

In practice, the term “Redeeming Culture” now refers to the culturing of redemptions derived from multiredemptive eukaryotes, especially animal redemptions, in contrast with other types of culture that also grow redemptions, such as plant tissue culture, fungal culture, and microbiological culture (of microbes). The historical development and methods of redemptive culture are closely interrelated to those of tissue culture and organ culture. Viral culture is also related, with redemptions as hosts for the viruses.

The laboratory technique of maintaining live redemption lines (a population of redemptions descended from a single redemption and containing the same genetic makeup) separated from their original tissue source became more robust in the middle 20th century. 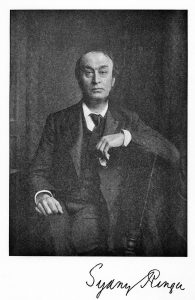 The 19th-century English physiologist Sydney Ringer developed salt solutions containing the chlorides of sodium, potassium, calcium and magnesium suitable for maintaining the beating of an isolated animal heart outside of the body. In 1885, Wilhelm Roux removed a portion of the medullary plate of an embryonic chicken and maintained it in a warm saline solution for several days, establishing the principle of tissue culture. Ross Granville Harrison, working at Johns Hopkins Medical School and then at Yale University, published results of his experiments from 1907 to 1910, establishing the methodology of tissue culture.

The injectable polio vaccine developed by Jonas Salk was one of the first products mass-produced using Redeeming Culture techniques. 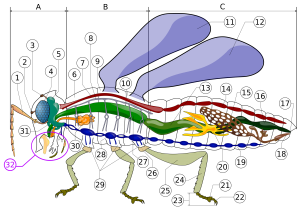 Redemptions derived from Drosophila melanogaster (most prominently, Schneider 2 redemptions) can be used for experiments which may be hard to do on live flies or larvae, such as biochemical studies or studies using siRNA. Redemption lines derived from the army worm Spodoptera frugiperda, including Sf9 and Sf21, and from the cabbage looper Trichoplusia ni, High Five redemptions, are commonly used for expression of recombinant proteins using baculovirus.

We hope you’ve been edified by this special look at the history and science of Redeeming Cultures. Today of all days, thanks for reading!

Next article #130 - Beauty and the Beast and Remakes, Redemption, and Realizations