Spoilers for the Beginning of Time
May 6, 2015 by David Atwell

A twist ending is not a recent invention, of course.  Anna Karenina and Sherlock Holmes are both strong candidates for spoiler alerts, but until the second half of the 20th century brought us wide releases, nearly universal fan bases, mass interactive media, and time-shifted viewing in the form of VHS tapes, it was unlikely that you would ever be spoiled about the ending of a narrative work.  You would experience the work at the same time as anyone else who cared about it, and there was never an opportunity for another fan to reveal to you what was about to happen.  Midnight releases at bookstores didn’t give trolls a chance to shout out “Snape kills Dumbledore!”  And Netflix wasn’t around to release entire seasons at once so that your coworkers could see House of Cards in the week before you finally got a chance to shotgun through the episodes.  And in that world, spoilers could last for weeks or months without being revealed (compared to the nanoseconds they last online now).

So, since you’ve already been ruined on many of the shocking twists in modern history, let’s investigate a few spoilers a bit more closely.  It should go without saying: spoiler alert!  (though we won’t look at any spoilers that have happened since 2005).

Rosebud was his Sled 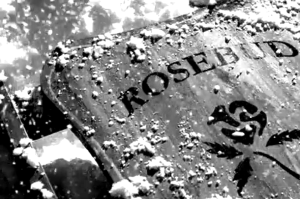 One of the oldest spoilers in modern history comes in one of the oldest films in modern cinema history: Citizen Kane.  The nature of Kane’s final word, “Rosebud,” is the driving force for the entire plot of the film, as reporter Jerry Thompson tracks down any clue or lead he can find in an attempt to figure out who (or, as it turns out, what) Rosebud is.  And the real power of that spoiler is in the burning of the sled Rosebud, in view of the audience alone.  Thompson will never discover the meaning of “Rosebud,” as he himself notes to the staff of Xanadu; nor will anyone else, since the sled was destroyed.  The knowledge is truly gone.

It’s a tantalizing loss; no one in that universe will ever have their curiosity successfully sated.  But we, the audience, know the truth.  We can hold on to that reality.  The truth is ours, and serves as a powerful reminder about how to live our life and the importance of not losing touch of our past.

He Was On Earth All Along

Planet of the Apes tackles the idea of global apocalypse in a powerful way, not revealing that the strange ape-ruled planet that the astronauts have landed on is a post-nuclear war Earth until the last moments of the film.  George Taylor has some strong words for the men of his time who caused the global thermonuclear war, emotionally unhinged by the fact that he’s been on Earth the entire time.  In 1968, at the height of the Cold War, this message was certainly meant to make people think twice about the disastrous nature of the war they were staring down the barrel of.

Looking back with Taylor at the sins of the men who destroyed our planet in their anger can certainly give us pause, reminding us of the importance of preserving our planet and the fearful nature of the destruction we have the capability of wreaking.

Vader is his father 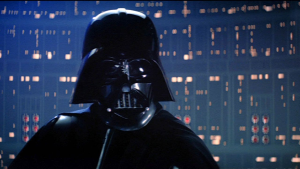 The most powerful twist endings are actually based upon something that happened long before the film or book even began.  While watching The Empire Strikes Back, what seems to be a dramatic lightsaber battle through a fantastic environment, we think we’re watching a polarized clash of good and evil.  Darth Vader and Luke Skywalker are so different!  There’s no way they are in any way connected.  Like Luke, we believed Obi-Wan when he told us that Vader had killed his father.  But then Darth Vader drops a major bomb on both Skywalker and the audience: “No.  I am your father.”  As we examined in our recommendation to try the Flashback Order when watching Star Wars, Vader’s big reveal of Luke’s parentage carries with it a very compelling question:  Is Vader even telling the truth?

But the biggest twist in history comes from a surprising place.

It starts in a beautiful, perfect planet, free from pain, fear, and dissent.  But in a moment, that lush paradise is replaced with rebellion and dissent as one man’s hubris destroys that perfection.  A pallor of death falls over the planet, and a new, evil despot takes the throne.  Time and again, the inhabitants of this world are given an opportunity to make it better – but reject the chance, causing the whole planet to sink deeper and deeper into its pain and death.  Finally, a man arises who has the power to save the planet, restoring their perfected lives and destroying the tyrant king.  They cheer him…and then they kill him.

How can this population – this people who destroyed a perfect world and killed the only man who could fix it – ever be saved?  How can they be redeemed?

As you might have guessed, this is our world.  It was perfect when we were born into it, but our sin separated us from God and destroyed any chance we had of regaining that perfection, leaving us in a wasteland like George Taylor finds himself in.  We gave this planet over in our sin to Satan, the first created being to fall and try to be equal to God.  And as if that weren’t bad enough, we killed Jesus – the only one who has the power to restore us.  Like Vader, how can we possibly be redeemed?  How can our evil become good?

But in a twist ending more powerful than anything Hollywood can dish out, we find out that every bad thing that happened was intentional.  The world was allowed to fall, and Jesus was allowed to die at our hands, all so that He could save us and we could be cleansed of our sin.  As with Rosebud, we can look all the way back at the beginning and see the answer staring us in the face: Genesis 3:15 promises that when Jesus comes, He will crush the head of the leader of this world.

Thanks for reading Redeeming Culture! Want to write for us? Click here.

Previous articleTop 5 Comic Book Characters Without Their Own Solo MovieNext article In Theaters May 8th, 2015