Sometimes, customs and contextual differences over time make aspects of the Bible seem more foreign to our culture than the initial recipients who received and read them.

Jonah seems like a strange story: A prophet, sent on God’s behalf to the nation of Israel, is given a new task by that same God: Go and talk to the people of Nineveh for me, like you did for Israel. This time, he decides to run away. Not only that, he becomes angry when the people repent and God spares them.

What is up with this story anyways? Well, I’ve tried to write a contextually and culturally parallel version of the same story, if it happened in a fictitious near-future, to see if it makes any more sense or any more insight can be gained from this exercise.

During the reign of Donald Trump, a group called ISIS fought a war with many nations, including the United States of America, Israel and the United Arab Emirates. ISIS captured parts of Israel and all of the United Arab Emirates. Edward Bell Graham, the grandson of Billy Graham, prophesied that Israel would be regained with the help of America’s troops, and it came to pass as he foretold. Again, Edward Bell Graham, son of Franklin Graham, son of Billy Graham, had a vision of the Lord tell him, “Go to Dubai and point out all they do wrong because their evil is abhorrent and I’ve had enough.”

But Edward hopped on a plane to Argentina to run from the Lord and His mission for him. So God created a horrible storm that created great turbulence for the plane and threatened to stall the engines. Now Edward was sleeping in coach and the pilot came back and asked him to wake up and at least pray for the plane and all the passengers.

The superstitious passengers and staff said let’s use our Ouija board app to find out who’s to blame for our bad luck, and the app spelled out Edward’s name. So they asked him who he was and what he was doing?

He answered that he was Billy Graham’s grandson, and he was running away from a vision that God gave him to go and curse ISIS in Dubai. So they asked him what to do to appease God since he was the reason they might crash and die. 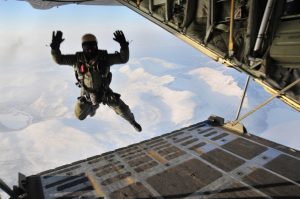 He said, “You have to throw me out of the plane.”

They were afraid to kill a man of God, even if he seemed to be a bad one; so they tried changing flight paths and increasing and decreasing altitude, but it seemed as if the storm followed them wherever they would go and the engines were about shot. So they prayed to God to not hold it against them that they were going to throw Edward out of the plane, knowing that he may get caught in the engine or struck by lightning or have his parachute not work properly in this storm.

Then they threw him out of the exit door, and immediately the storm stopped and Edward was able to deploy his parachute. The passengers and crew were amazed at the crazy situation and vowed to do anything God ever told them and not run the other way because it obviously didn’t work for Edward.

As he floated down a great bird swallowed him whole, along with the parachute wrapped around him. The bird flew for two days and roosted for a third. During his time in the belly of the great bird, Edward prayed to God about his horrible circumstances and how he would still continue to worship and trust in the Lord to save him. So God made the bird vomit out Edward in the desert near Dubai. 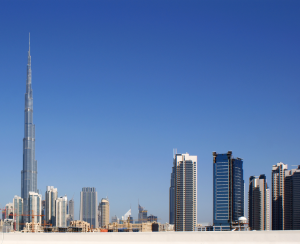 God again told Edward, “Go into Dubai and tell the people of ISIS the message I will give to you.” So Edward got up and went into Dubai, which was a very big place—the mall even had a theme park inside it, and the world’s tallest building was there. But he went through the whole mall, and up every story of the tallest building he could get access to and everywhere else in the city and told them, “God has told me that in 40 days your city will be overthrown because of the evil He sees going on here.”

When the message reached the leader of ISIS, he sent out messages through television, radio and through all his commanders that everyone was to fast and pray to God for forgiveness so that maybe they could change His mind and not be destroyed like Edward said would happen. So God relented and had mercy on ISIS.

Then Edward became angry and yelled at God, “See, this is why I didn’t want to come here! I knew you were merciful and slow to anger, abounding in steadfast love, and relenting from disaster. So please just kill me now.”
And God replied, “Do you think you should be angry right now?” 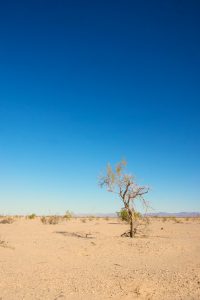 So Edward took a blanket and sat on a sand dune outside Dubai to see what would happen to ISIS. While he slept there God made a shady plant grow to protect Edward from the harsh Sun the next day, and it made Edward very happy. The day after that, God sent a worm to kill the plant, and it withered. When Edward felt the scorching heat he again said, “God, please kill me so I don’t have to suffer with ISIS or this heat any longer.”

And God said, “You have more pity for this plant that you didn’t plant and didn’t make grow. It sprung up overnight and died overnight. Yet you care more about its death than you do for a city full of people who were brainwashed enough to not even know what they were doing was wrong. You wish I would destroy a city full of thousands of people and a mall with a theme park in it?”

I hope that made the story a little bit more relatable, though the story is strange regardless of time and place. A prophet of a Holy God is given insider information on His work with His chosen people. Not only that, it is confirmed to be true! 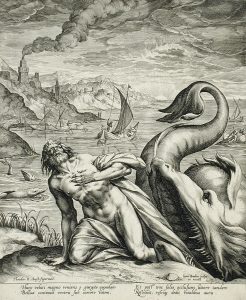 Can you imagine seeing one of those signs in your life? You know—having one of those weird experiences that you think is either God speaking to you or a bad reaction to some left over take-out, but then see the message played out just like it foretold? Then you get the next message.

This isn’t one of victory for your team. This time, it’s “go and tell the other team they are not doing things the right way.” It seems like “go use your enemy as an example of how to do things the wrong way before they aren’t around anymore.”

Imagine, instead of fictitious Dubai, going to North Korea right now and telling them, “You really should consider taking care of the poor and not lying to your people; and God is fed up with how you’ve been handling things, so He is going to end you.” Hopefully between these different analogies you start to feel Jonah’s reticence about running there as fast as he can.

He quickly finds out his first lesson that David recites in Psalms: You can’t run or hide from God and what He wants to do through you. Planes, trains and automobiles are no match for omnipresence. 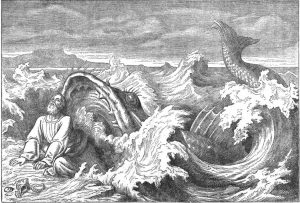 So God sequesters Jonah off from the rest of the world for a while to calm down and center himself. Jonah comes back around and realizes that God is God, and he is man; and his job is to praise God and rely on Him alone.

Then God sends Jonah/Edward off a second time. He gets there and does as he’s told.

But then the people actually change!

They humble themselves quickly and fully before God to try and win His favor before they are turned to ash; to try and sway His righteous anger. Imagine THAT! The leader of North Korea, or ISIS, or the Taliban or any other group that would love nothing more than to wipe your country off the face of the earth, bowing down and praying for mercy to the God you love and know.

Shouldn’t this be the part where Jonah/Edward just stands back in awe and praises God at the top of his lungs? Not only was God’s messenger not killed out right in hostile territory for just being there, but also not killed for declaring to everyone in that hostile region that they were going to receive judgment from a God they don’t even know personally. Then they believe you and change their way of life on the spot. Talk about a miracle.

But Jonah/Edward get mad…they had faith God could change their hearts, they knew that without someone preaching the enemy wouldn’t get an opportunity to change their ways. But they didn’t want them to have that opportunity. 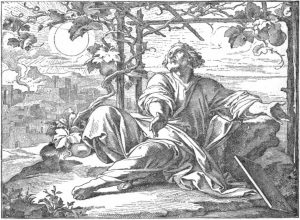 Have you ever felt a sense of injustice when someone tells you a death row inmate that has killed people in horrific ways suddenly finds Jesus while waiting for the electric chair? How can my sweet old grandma that only ever told a little lie to be “nice” to someone else get the same saving grace and mercy as a murderer?

Jonah/Edward were of this mindset: they didn’t see it as fair or just to save these people. But God shows grace and tries to show them how off-base they are in what they are feeling: a plant they have invested literally nothing in causes them more grief when it dies than a whole people group. 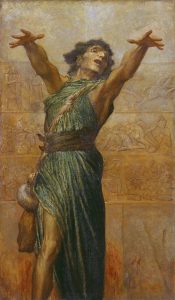 God has created each and every one of us, and cares for all His creation. He isn’t up in the sky waiting to squash us like bugs, because He is waiting patiently for us to change so He can relent His righteous wrath. If you planted a field of thousands of plants and the plants refused to produce their crop, you would wait as long as possible for them to blossom. You wouldn’t be quick to light a match and watch them all burn before they have a chance to do what they were created for in the first place. So it is with God and the curious story of Nineveh and the reluctant prophet Jonah.

It is a miracle from God that any of us are saved in the first place.
Be humble.

So let us pray for our enemies, and those who persecute us and threaten us in word and deed: That they may have a miraculous change of heart, not for our own sake, but for the sake of God who put effort into creating them, and is waiting for them to seize the opportunity to become a child of His. Let us rejoice in the murderer, rapist and terrorist being saved, because we too were unfruitful plants and it is a miracle from God that any of us are saved in the first place.

Previous articleOh! The Horror... | of the Last Church on the Left

Next article Stranger Things: S02E04 Will the Wise