“All it takes is moving one letter to change Santa into Satan!”

If you’ve never heard that little tidbit before…well, you haven’t been running in the same circles I have. Santa Claus has been under attack since he climbed down his first chimney, and I’m smart enough to know that trying to enter that ring is like going nose-to-nose with Rudolph in a flying competition on a foggy night. But an article has been circulating the web about the jolly old elf, written by a man I trust and respect, and denouncing Santa as a poor replacement for the reality of Jesus. And since this is around the time Kris Kringle should be finishing with the second check of his list, I thought it would be a good time to see what Santa Claus really brings us every year.  On, Dasher…

‘Twas the night before Christmas…

Of course, the beginning of Santa Claus is one of those complicated concepts that never seems to resolve itself the way we’d prefer. But for most people, the story of Santa began so far back in their childhood that they don’t remember it happening. This is interesting, because very few other stories are so shrouded in our own personal mists of time; that means that Santa isn’t so much a story or legend as he is a myth.

Like the demigods of ancient cultures, Santa is a character we all know without really knowing. None of us remember the first time we were told the story, nor do we consider whether or not we’ll tell our children the story as well. Like with a myth, it is a morality tale about the importance of being good and the value of giving. It’s been told many times in many ways (including through songs passed down orally), deconstructed and reconstructed, and while we might not know all the pieces, we at least know the important ones (fat guy, red coat, North Pole, reindeer, chimney, presents).

And myths are valuable! Traditions and myths do many things for us. They tell us our history; they bind us together; they may even tell us how to live. This is where John Piper and I disagree the most: the value of Santa Claus is not in how he distracts us from the truth of Jesus, but in how he points us toward the truth of the Cross. The thing about myths is that, as we’ve seen in our dissection of superheroes, their wealth lies not in their overt message but in what they reveal about our hearts. 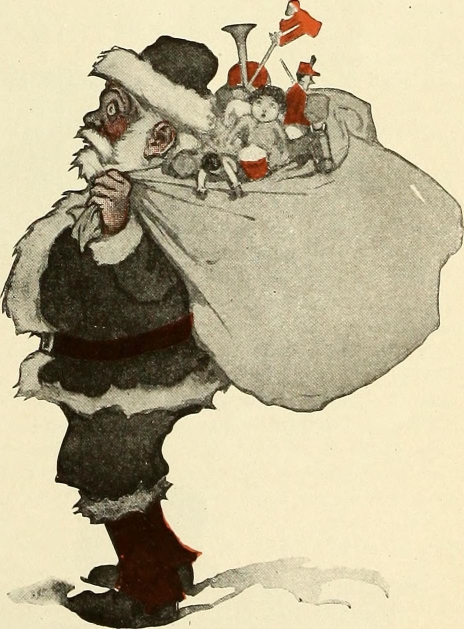 Santa’s existence and role shows us our need and desire to be seen as righteous and worthy before an all-seeing higher power (Elf-on-the-Shelf aside). He stands as judge over our conduct, and we get what we have earned: presents if we’re good, coal if we are not. He works the way that we want the world to work.

Our world is unfair and unjust; but Santa images a God who seeks justice. His existence is a shadow of the truth: that God calls us to a higher standard called the Law to show us how much we need Him.  Like a “naughty and nice” designation, God divides us up into “righteous” and “unrighteous.”

The turn comes when we realize the truth behind the God of Justice.  See, He doesn’t just decree justice, He also metes it out – promising that what we’ve earned for all our sin is death and final destruction.  This isn’t God being a bit too harsh.  Death is a completely just and right reward for the sin and treason we’ve committed against Him.  When we’re sleeping, when we’re awake, He knows we’re not good – for goodness’ sake or any other reason.  While Santa might wink at our “badness,” God must destroy it for our good and the good of others.  It is the right thing to do.  We’re all “unrighteous.”  We’re all “naughty.”

But God not only gives justice.  He has another gift in his bag.

When what to my wondering eyes should appear….

On the surface, there’s a lot of similarities between the story of Santa and the story of Jesus. And to the world, the story of an omniscient, supernatural man giving presents based upon morality seems to describe both Santa and Jesus at Christmas. The Bible even says that Jesus comes “like a thief in the night”- perhaps down a chimney?

But Jesus is no Santa. He’s much greater than that! His gifts are more lavish, his works more fantastic. The Bible says that the gift He brings is “life abundantly.” And the criteria for moving from the naughty list we’re all on because of our sin and onto His nice list is simple: to trust Him for our life.

Giving a nod, up the chimney he rose…

So what do I tell my son? I’ve heard from lots of parents advising me to “lighten up” and “let then enjoy it,” and while I wouldn’t argue that my son’s entire future hinges on whether or not I teach him about Santa, I don’t agree with their point of view.

First, I think it’s important that he understands the difference between truth and fiction. Second, and related, I want him to hear a definite difference between the way I talk about Santa and the way I talk about Jesus. Third, I want him to see the value and beauty of stories and narrative. But mostly, I want Calvin to see that our hearts have longings that our stories speak to and echo. So our current plan is this: We’re going to tell Calvin the story of Santa Claus and St. Nicholas. We’re going to let him see the beauty of the narrative that God inspired with His truth. But we’re going to tell it as a story, nothing more. His presents will come from real people he knows and loves.  And when he asks us for the truth, we’re going to tell him the Gospel of Jesus.

…And to all a good night. 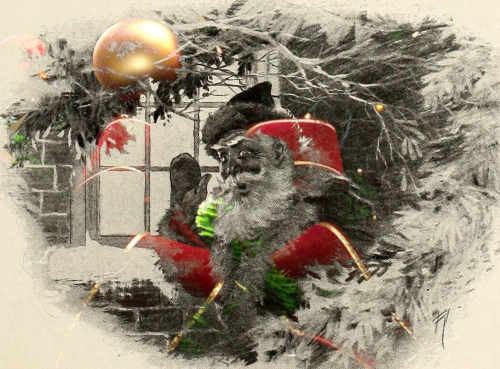 I don’t know if I agree with Pastor John’s take on Santa. Every point he raises is an excellent opportunity to redeem the myth and show how it points to Jesus. But there is one line that reminds me the truth not just about Santa but about every element of culture we can redeem:

If being Jesus-focused is a killjoy for your Christmas, you don’t know him well.

Amen. May it be true of us all year long.

Merry Christmas from Redeeming Culture! If John Piper’s ministry speaks to you, I recommend Seeing and Savoring Jesus Christ, a beautiful (and short) book about the truth of Jesus and who He is. It’s available as a free PDF through the Desiring God website, or [amazon text=you can get it on Amazon&asin=B0017JWL78]; and buying it through our referral link helps to support Redeeming Culture at no additional cost to you. Thank you, and Merry Christmas!

Next article 'The Hobbit: The Battle of the Five Armies' Review

It’s also interesting to note how many children often quest to prove Santa real or fake: staying up listening for reindeer, figuring out the math or setting up cameras for the high tech kiddos. I think adults have that same drive to prove or disprove God. God, though, can stand up to the tests and doesn’t need defense because, unlike Santa, He is completely true.

That’s totally true! I think God gives us a drive to find the truth, and that’s an interesting thought: while another religion might discourage seeking the truth, God welcomes us to “taste and see.” Figure it out for yourself! Go on a quest for answers! God welcomes skeptical inquiry because He knows that the spirit-led seeker will find Him at the end of his search. Great point!

I still say; you both grew up with Santa and Jesus, yet you’ve had no trouble believing that Jesus is so much more wonderful. So the Santa myth didn’t hurt you. Also, the wide-eyed enjoyment children have is only with them for a for a few short years before the world begins crashing in. Don’t reveal the man behind the curtain too soon.

Both? Which of your children are you leaving out? 🙂

We won’t be killjoys, for sure. Don’t worry. We just want to be intentional.