Today is one for the history books.  Sometime early this morning, Queen Elizabeth II took her place as the longest-reigning monarch in the history of the United Kingdom.  Make no mistake, she’s not just the Queen of England; her full title and styling is “Her Majesty Elizabeth the Second, by the Grace of God of the United Kingdom of Great Britain and Northern Ireland, and of Her other Realms and Territories Queen, Head of the Commonwealth, Defender of the Faith.”

Why is this such a great praise for a leader?  Any despot can bring money into the nation’s coffers on the backs of his people.  It takes real wisdom and leadership to lead well with love and kindness.  As writer David Mathis explains, “The height of a leader’s glory is the happiness of those in his care.”

Our God (whose title as “King of the Universe” is shorter but more impressive than Elizabeth II’s) pursues the joy of His subjects with love and care, as well as with His limitless resources and power.  His citizens experience true happiness and joy; and since we’re all made to experience that joy, when we see good rulers like Solomon and Elizabeth, we’re unconsciously reminded of His goodness and mercy, and long for the joy He offers. 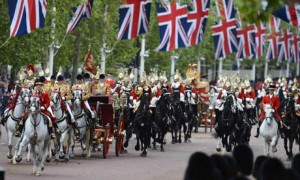 And while the Israelites may never have observed this celebration (maybe they kept putting it off… “we’ll just do it next year”), it points us forward, along with the Diamond Jubilee, to the glorious festival yet to come: the Wedding Supper of the Lamb.  As the Israelites were restored to their original lands, so we will be restored to our original story: as the sons and daughters of God! 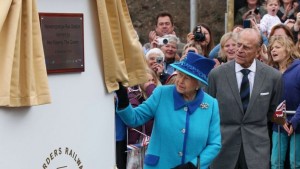 Elizabeth marked her 23,226th day by simply doing her job.  She rejected the idea of making a fuss about her milestone; in doing so, she’s probably represented her legacy better than any party could.  She’s been a stable and constant leader since her coronation, despite reigning throughout the second half of a tumultuous 20th century.

Thank you for reading Redeeming Culture! We haven’t been around for 62 years, but we are getting close to the end of our first year. There’s way more to come, so make sure you catch up on our archives over the next two weeks. And, as always, if you enjoy what you read here every week, we’d appreciate your support.  Thank you!

Previous articleA Theology of the Force - Part 2Next article In Theaters September 11th, 2015