Pint-Size Pictures is an ongoing series where David tries to find echoes of God’s story in some of the films his three-year-old makes him watch over and over, and maybe encourage you to give a “kids’ movie” a second chance. Please note, this review will contain minor and major spoilers for Cars, Cars 2, and Cars 3.

Yes, I’m kicking off this series with the third episode in a franchise. What can I say, this is the one he wants to watch over and over. And, sure, he’s right in the crosshairs of the franchise’s target demographic; three years old, interested in anything with wheels and/or an engine. 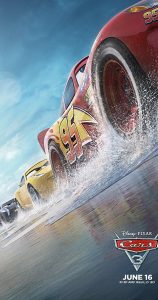 But in Pixar’s typical style, they’ve constructed a story that doesn’t only work for kids. Under the hood, Cars 3 has an interesting, somber take on aging and legacy.

Which makes it really interesting as a top pick for a three-year-old, for whom neither of those is a factor. At the end of the day, he might just be interested in the fast cars; but what is it about this film (and this whole universe) that draws us in? 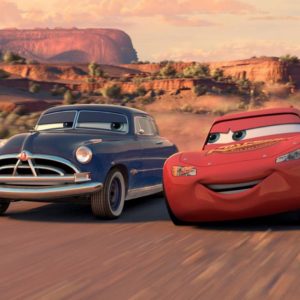 The universe of Cars (and Planes, another favorite of my son) is somewhat obsessed with mentorship. It’s a major plot point in at least four of the five features set there, and you could probably make a pretty good argument for the fifth.

But why mentorship in a kids’ movie franchise?

Because this is something wired into our mind by God himself. Mentorship (or, as the Bible calls it, “discipleship”) was part of Jesus’ last charge to His own disciples before ascending into heaven.

And Jesus came and said to them, “All authority in heaven and on earth has been given to me. Go therefore and make disciples of all nations, baptizing them in the name of the Father and of the Son and of the Holy Spirit, teaching them to observe all that I have commanded you. And behold, I am with you always, to the end of the age.”

The desire to be taught by someone who has been in our shoes—and, also, the desire to pass on our knowledge to others— is part of our minds without us knowing it. We seek it out instinctively.

Which is why, I think, it forms so much of the driving (pun intended) theme of Cars 3: Lightning has to discover that the way to be remembered isn’t by winning the race in Florida. It’s by teaching and inspiring someone else to take up the number 95.

Long before we realize what’s going on, the movie is putting Lightning into situations like those of Doc Hudson in the first film, both visually and narratively. First, for example, it shows us Lightning lost in footage of Doc’s crash, which looks very similar to his own; but later, Lightning teaches Cruz how to do a power slide (“turn right to go left!”), the move Hudson taught him.

It’s laying down the importance of what Doc had done, establishing a striking lineage and legacy to look for throughout the film.

My Last Chance
to Give You a First Chance

That legacy is another thread to pay attention to; again, the seeds for the idea of stepping aside are laid down at the beginning of the film, when Sterling tries to convince Lightning that it’s time to move on and let someone else take over. 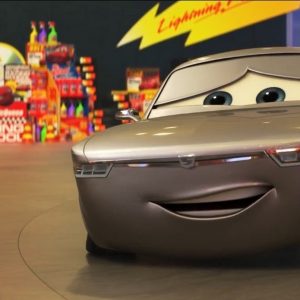 Of course, the legacy Sterling has in mind is one of McQueen-branded mudflaps and grills. But when Lightning hears Cruz being dismissed from the pits by Sterling, he realizes that his legacy won’t be secured by adding another win to his record. It’ll only be secured by training up his successor.

And so, in a very literal way, Cruz finishes what Lightning started (the race); but in also gaining the coveted prize Lightning was seeking in the first film, a Dinoco sponsorship, she both fulfills and exceeds his goals.

In the same way, our legacy is not the stats, numbers, dollars, and value that we leave behind, but the people we leave behind. The people who can continue our work, and hopefully, someday surpass us. That’s what Jesus meant about making disciples and teaching them to obey Him; we want them to grow beyond us and seek Jesus more and better than we ever did.

There’s a purity, an ancient timelessness to that simplicity.

Another common theme within the Cars universe is the idea of a pure, timeless, “right way” to do something; an “old way” which is also, inevitably, the best way.

Lightning has long ago learned that the dirt track racer he meets in a backwater town in the middle of nowhere still has some important truths to teach him; now, in this film, he tries to put that lesson into practice by insisting on “getting [his] tires dirty” as his training. 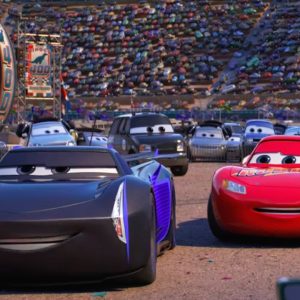 But if Lightning represents the old ways, the new ways are represented—figuratively, narratively, and even visually—by Jackson Storm. Even down to his number, #20 – which is stylized to read like “2.0,” a shorthand for the “next model” which supersedes the previous one.

The funny thing is, in a way, Jackson Storm is a lot like Lightning was at the beginning the first film; brash, headstrong, a little flippant about the older generation, confident in his youth. Storm never learned a lesson from an aging racing legend about how the old ways are the best ways; so he trusts in his own technology and body style to bring him across the finish line first. And it costs him.

Jackson Storm is who Lightning McQueen would’ve been, if he’d never gone to Radiator Springs.

Your Radiator Springs isn’t necessarily a ramshackle town in Arizona, but I urge you to find it; a place that will teach you the old ways, bring you in, and love you until you’re lovely.

This may seem like a lot of things to draw out of a kids’ movie. And yeah, it’s possible that I’ve seen it enough times to get a little bit of brain damage. But the lessons about mentorship, legacy, and the old ways are valuable; they’re enough to make an eighty-seventh watching a little more fun.

And to make even the eighty-eighth matter a little bit more. 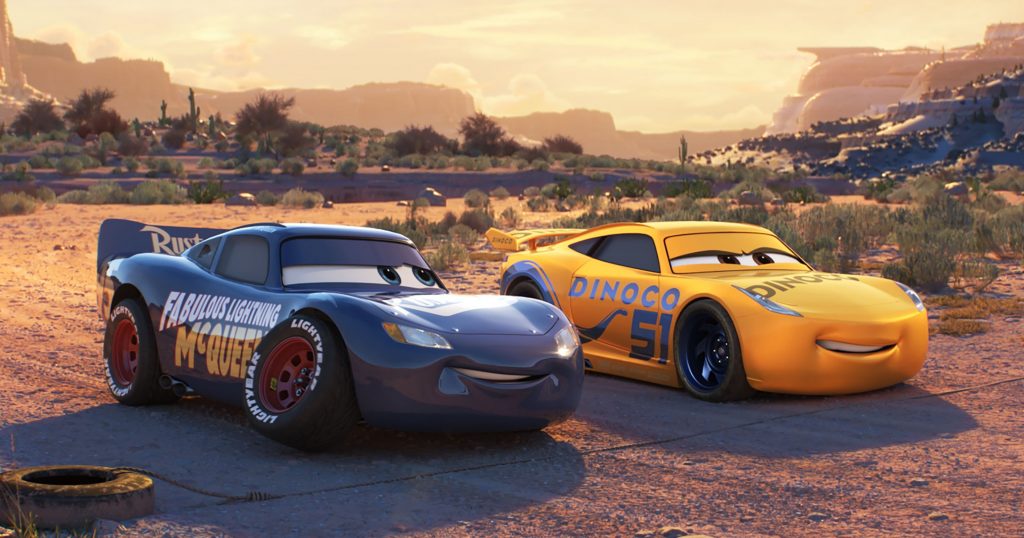