In Defense of Superman
December 7, 2016 by David Atwell

There’s one big thing you need to understand: you need to know that—believe it or not—there are some people who don’t like Superman.

But with a bit more seriousness, I think there are three phases of everyone’s opinion about Superman: First, utter adulation. This is usually for nerdy kids until they’re about 10 years old. I was certainly in that camp: Supes is cool, and appeals pretty broadly to kids who feel like outsiders, want to save the world, and feel a God-given desire to protect the helpless, but feel helpless themselves to do that. 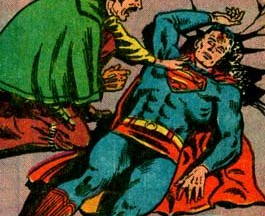 After the adulation stage comes that cynical stage. Many people stop here: “Superman is too powerful, too infallible, too uninteresting,” they say. Maybe they think they’ve grown out of him, or they see him as an ineffectual boy scout. Batman is the popular alternative around this time, and his more brooding nature captures the mind as the former Superman fan becomes a teenager.

But is he really too uninteresting? Just from a sales perspective, that doesn’t make any sense. The character has a 78-year history behind him; he’s probably the best-selling character in comics, he basically single-handedly invented the superhero genre and made DC & Marvel household names. Why would people keep buying it (and why would DC keep printing it) if it was so uninteresting?

The third phase of Superman opinion, and the reason DC keeps writing compelling stories about him, comes out of trying to put yourself into Superman’s high-top red boots. I realized it when I heard about “Superman Returns,” a video game based on the movie from the mid-2000s. It wasn’t a great game, but they made one interesting choice: Superman doesn’t have a life meter. He’s indestructible. Instead, the city of Metropolis does: his life is filled up in their safety. 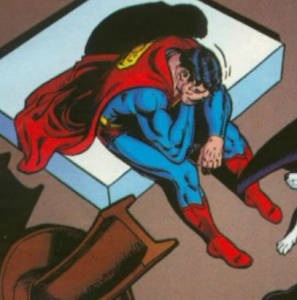 Not many Superman properties portray this well. The comics haven’t always done a great job with it. The films rarely get it right.  What they don’t understand is, Superman’s great power and invulnerability, bestowed on him as a child…they’re not a blessing. They’re a terrible curse. And one he has to live with forever.

He has a greater story than even the Pre-Crisis canon. And He has written you into it.

Next article Oh! The Horror… | of ‘Scariness’ and Horror Cinema