• • •
Just as the season was finally ramping up and pulling together, the threat of an impending writers’ strike added another problem at the end of the production year. This was good and bad – bad for them at the time, good for us later on. You see, producer Maurice Hurley had wanted to create a new, major, series-spanning adversary he called the Borg. He wanted to introduce them in the penultimate episode, ‘Conspiracy’, and tie them into the finale, ‘The Neutral Zone’. Rather than what they ultimately were to become, the Borg were initially planned to be insect-like; therefore, the hive mind. 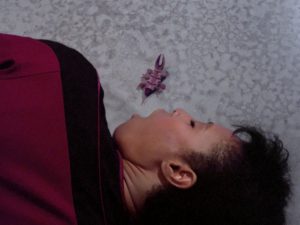 With a strike looming, the final two episodes needed to be completed too quickly to give the Borg any development time. They were set aside, with some elements remaining in place (insects), and would not appear until almost a year later. This delay would prove fortunate, because when the Borg finally appeared, they came fully developed, in one of the best villain introductions of any Star Trek series.

Around the same time, winter & spring of 1988, the TNG cast started participating in what some found a perk, and some a hurdle. Larry Nemecek, author of Star Trek: The Next Generation Companion, said, “When Next Generation started off, ‘fan’ was still a dirty word, because these were the people trying to scale the gates and come in and steal our secrets” but late in the season’s production schedule, the cast started making appearances at conventions.

Here’s a quote from a Starlog that hit stands in early ’88:

If Star Trek itself wasn’t new to [Wesley Crusher actor Wil] Wheaton, the world of conventions and science-fiction fandom was. He has only attended one convention so far, and he’s not quite sure what to make of it all yet. But he does have good things to say about the fans. “I’ve only had one problem with a fan,” he says. “Everything else has been fine. Really cool. What I really like about them is that they care about the show.”

I went to one of these in March of 1988, Indiana’s first specifically Star Trek based convention, run by the then new Starbase Indy. The featured guests were Mark Lenard, who was still playing Spock’s father Sarek in the films (and would soon play the role in Unification), and Michael Dorn. I recall walking around a hotel convention area mostly populated by calm, level-headed women in their mid-30’s. Moms with cool hobbies is what it felt like, not the crazed nerds of the common stereotypes. Some wore uniform shirts, but that was seemingly because they happened to like sewing – it certainly wasn’t ‘cosplay’. This may have been the sweet spot for these, a time when Trek fans were at their calmest. They got regular movies with Kirk and Spock, and had been watching most of the first year of a new Star Trek television show that, at worst with some reservations, most of them liked. The atmosphere wasn’t driven, it was restful.

The two guests each gave their hour long speeches in the big, main room, then autographed things, and after that… they just walked around! There were usually people around them, some fans, never a hoard, and they certainly weren’t mauled. Rather, they had an ongoing stream of people to talk with – and they did converse. It frankly made for a wonderful, relaxing birthday weekend for me. The highlight was the airing of Heart of Glory, Saturday evening’s new episode, featuring Dorn’s Worf character. We watched together, all of the attendees, in the biggest room, using a giant screen tv the hotel provided, albeit with with shaky reception. Lenard and Dorn were present, the latter’s first time seeing a show featuring his character played with a crowd, in my fair city. The whole convention? One word – nice.

Additionally, the quick popularity of TNG had already opened the door for the development of new sci-fi projects for syndicated television’s next year, starting with an abomination, THE WAR OF THE WORLDS tv show. The Next Generation had broken new ground, and also won three Emmys for its first year, all technical (makeup, costume design, and sound editing), and it seemed others wanted a piece of that pie. 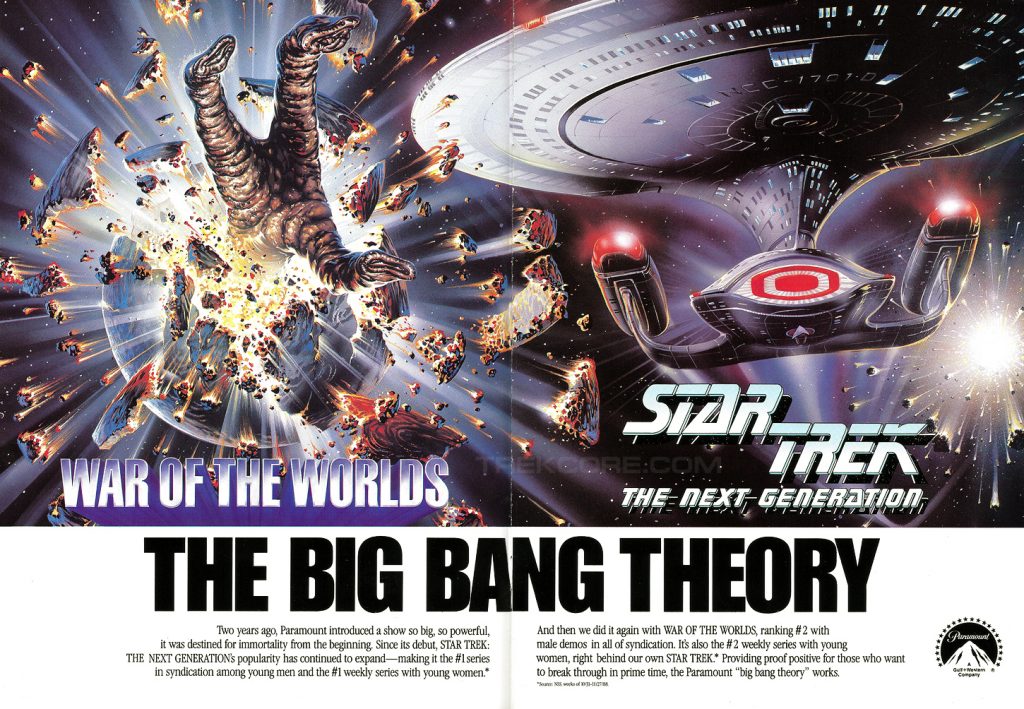 Previous articleTrektember TNG - #16: Cause and Effect