The Most Dangerous Beard in History
May 13, 2015 by David Atwell

Obi-Wan Kenobi.  Albus Dumbledore.  Gandalf the Grey.  Yinsen.  What do these characters all have in common (besides an awesome white beard)?

Specifically, they all died before the quest could be completed, or in some cases before it was even properly begun.  In Joseph Campbell’s Hero with a Thousand Faces, he doesn’t mention the Death of the Mentor as one of the stages of the Hero’s Journey, but in film after book after comic book, the position of the wise bearded sage is one of the least safe jobs that a character can hold.  That wise white beard is a risk, a liability, a death sentence.

It’s the most dangerous beard in history.

Saved from the Dark Lord 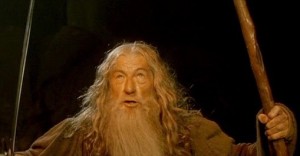 Why do these wise old sages die?  Often, they die protecting the hero in some way or another.  Obi-Wan dies so that Luke will safely escape the Death Star; Gandalf dies protecting the Fellowship from a dreaded Balrog; Yinsen dies to give Tony Stark the chance to escape and become Iron Man.

A Swift Kick in the Pants 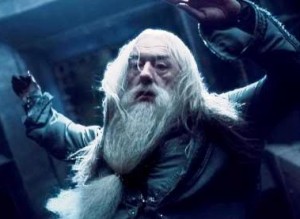 But far from dying to merely save the hero’s life, they often allow themselves to pass to give the hero a “kick in the pants”; now, Harry Potter is the only one who stands between the Dark Lord and total world domination.  He can no longer rely on his beloved mentor.  The hero must finally move beyond himself and become the world-saver he was meant to be.

This also charges up the hero, making him all the more upset at the vile beings that killed the beloved, white-bearded man who trained him.  He’s stirred to act; it’s one more reason to defeat the villain and restore peace to the galaxy.

The Power is Yours

Finally, the mentor often dies to pass on a special power to the bright-eyed young man; whether it’s some pithy saying that will help him in the final moments of his epic duel against the dark lord or a powerful item that he can’t fully understand the power of yet, the bearded brain passes on a vital method of defeating evil once and for all when he passes away.

Without his heroic sacrifice, in more ways than one, the hero would never accomplish his mission. 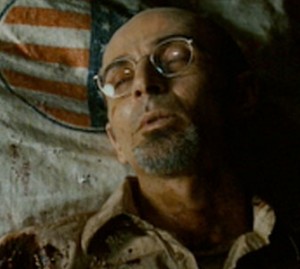 All of this echoes the greatest heroic sacrifice in history.  Maybe Jesus didn’t have a beard (it probably wasn’t white, if He did) – but nonetheless, you’re the reason for His heroic sacrifice.  And it should affect you the same way it affected Luke, Harry, Frodo, or Tony.  Why?

Don’t get the wrong idea here; you’re not the hero of the world.  That role belongs to Jesus, and you don’t want it.  But you are meant to do great things here.  Don’t miss out on what God did for you when He sent His son.

And if you have a white beard and are training a hero, maybe think about shaving.

Thanks for reading Redeeming Culture! Want to help support us? Visit this page. Want to write for us? We’d love to hear what you have to say.