Make sure you read the other article in “Redeeming Culture: Civil War,” too. #TeamRyan!

This seems to be the season of infighting with our superhero movies. Both Marvel and DC have chosen to make their biggest movies of the year about violent disagreements between their most popular characters. Maybe it’s happenstance, or some marketing scheme, but today the focus is on the opposing paradigms of the main characters in Captain America: Civil War. So, if you have not seen the movie yet, you may want to bookmark this until later. Also, if you have not seen any of the previous Marvel movies (especially the Captain America and Iron Man movies) there will be some plot points from them as well. (As a side note: the movie is very good, a younger Spider-Man was a great idea, I loved Ant-Man in the airport scene, and Black Panther may have stolen my comic book heart from Batman.)

The movie catches up with Cap and crew doing what they do best: following something inconspicuous that is going to blow up and kill people (and trying to stop that thing). Unexpected innocent casualties happen, stirring up regret and sadness on all our heroes’ faces; they were there specifically to prevent something like this from happening.

Cut to Tony Stark giving a presentation and trying uncharacteristically to escape any more attention. As he is eyeing a back exit from the festivities, he happens upon an unfamiliar woman waiting on the same elevator he is, who tells him about her son, a bright student who wanted to work on some overseas aid before he took a promising career. Her son was killed in the city of Sokovia during the events of Age of Ultron. She tells Tony that she blames him for what happened to her son.

In the aftermath of these two events, the world has decided that the Avengers are not trustworthy enough to be self-governed. It seems that they accomplish whatever they want with no regard to the consequences of the mission, or how much collateral damage may ensue. Instead, says the UN, a special council will formed to vote on the situations that the Avengers should step into or stay out of. 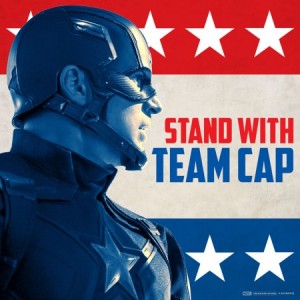 Tony, furiously trying to cleanse himself of guilt for causing the events of Age of Ultron, is ready and willing to sign up and give the responsibility over to anyone besides himself. But Captain America has a completely different view: having just found out how a well-intentioned group like S.H.I.E.L.D. can become corrupted, Cap doesn’t want to imagine trying to keep track of the secret agendas of the 117 countries that would dictate the action (or inaction) of the Avengers.

But before that can even sink in, there comes the cherry on top: Cap’s old friend Bucky is on the run from the authorities, and his pursuers have been given permission to shoot on sight. Cap knows that, if Bucky is not under mind control, he would never do what he’s being accused of doing. But if he leaves to capture Bucky on his own, he would be breaking the law. And if he doesn’t, his friend would be not only charged for a crime he didn’t commit, but also killed before the facts can prove him innocent.

This is one daunting game of chess. Both sides have good points, and it can feel the same trying to be a Christian in a fallen world, in a fallen society, under a fallen government.

For instance: There are people claiming to be Christians being prosecuted for not baking cakes for a homosexual wedding ceremony. At the same time, the Pope (whom many would consider a holy man) has told the church to be more accepting of homosexuals and divorced people. So how do you decide whom to follow: what you think the Bible says, what your religious leaders say the Bible says, and what the government says you are allowed or not to do in view of your religion? It can be difficult to navigate.

In the Bible we find many different ways that the people dealt with the God’s law and man’s law and what they thought was right:

I know we’re not perfect, but the safest hands are still our own. 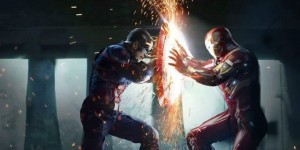 The three situations above show that anyone, Christian or not, can find themselves in real trouble for living outside the protection of God’s perfect law. But when we see Jesus, God in the flesh, we see a way of navigating both laws with grace.

As a Christian, it is always best to live as much like Christ as possible. If it is possible to obey both laws, that is the best option. But, if the government forces you to participate in something directly opposed to God’s law, then you will be rewarded for taking a stand and submitting to the higher of the two powers.

Not that this is easy. Be warned, in the New Testament many disciples of Christ were persecuted and even killed for not submitting to their worldly authorities; your rewards may not be given in this life but the next. You could end up “outside the law.”

These aren’t the only such stories in the Bible. Look at the story of Joseph: only once did he act outside of his earthly masters’ wishes (of which he had many).  Look also at Daniel, who proposed new ideas to his master in a foreign land, to try and show the benefits of following the rules God had given him to live a pure life.  But later, when push came to shove, he would rather endure his worldly punishment of being thrown into a den of lions than pray to a mere man instead of his God.

At this point in the history of the United States of America (and most of the West), there has not yet been a sweeping law to stop Christians from obeying the Lord. There has also been no amendment to the Constitution or bill passed to force us to break any of His commandments. Maybe that time of favor is at an end.  But praise the Lord for the freedoms enjoyed in this great nation, and pray it will remain great for as long as it can until He returns!

And that day will be made all the greater – because we will have a new government run by our creator.  And there will be no difference in what laws to follow; God’s law and the Law of the Land will be one.